Singaporeans: If you commit serious crimes, you deserve to die 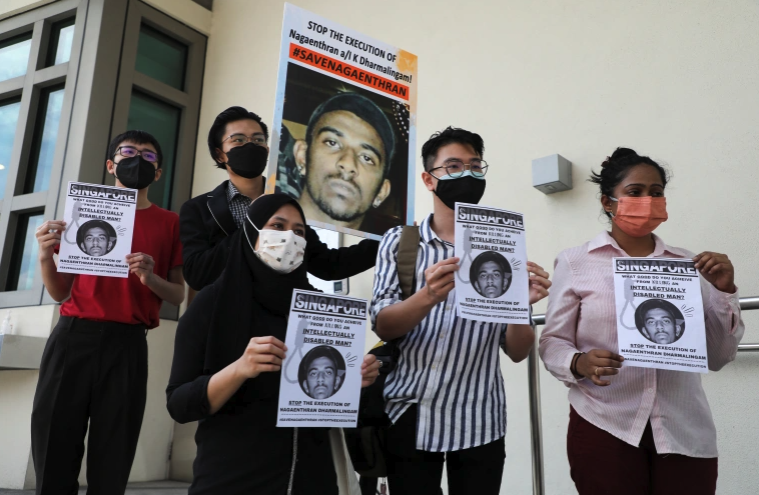 For the first time, the Ministry of Home Affairs (MHA) released full studies conducted on the death penalty, commissioned by the ministry between 2018 and 2021.

The report, released on Wednesday (Oct 19), show that the majority of Singaporeans and Permanent Residents (PRs) support the death penalty for the "most serious crimes" including drug trafficking and intentional murder.

According to MHA in a press release, the three studies are: 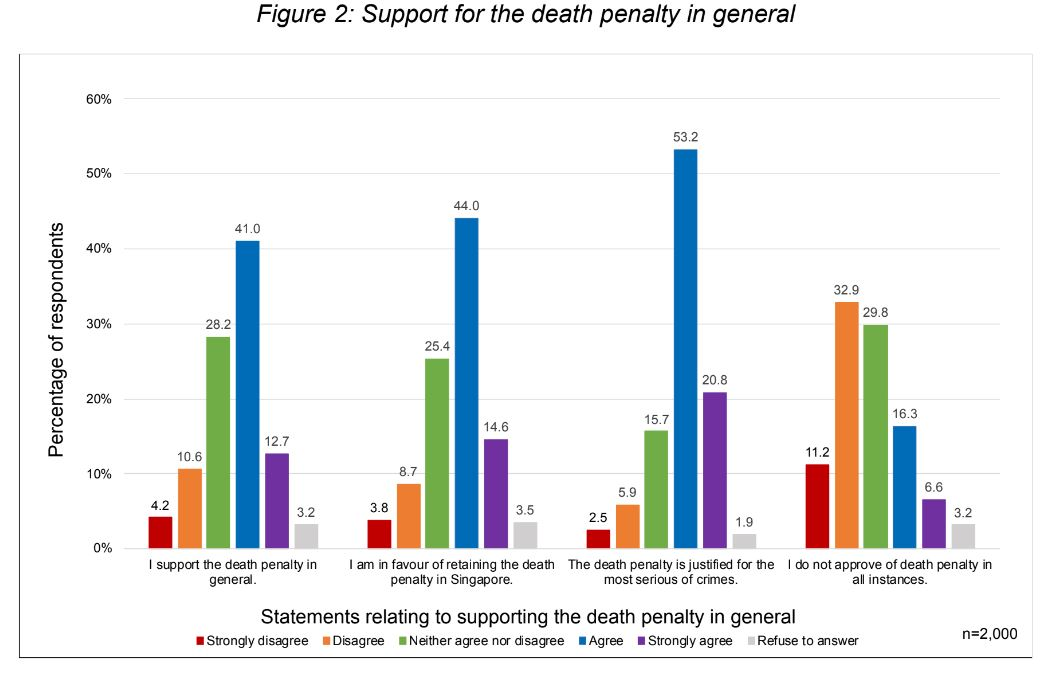 MHA summed up the studies as such:

"Overall, the studies show that there is very strong support among Singapore residents on Singapore’s use of the death penalty for the most serious crimes, such as intentional murder, use of firearms, and trafficking in substantial amounts of drugs.

There is also a clear view, both domestically and within the region, that the death penalty is effective in deterring people from trafficking drugs into Singapore and is more effective than life imprisonment in doing so."

When the minority of 11.2 per cent in the RSD 2021 study was asked further about their reasons for disagreeing with the use of the death penalty for serious crimes, 43.9 per cent of them indicated that they preferred for offenders to be rehabilitated or given a second chance.

Another 23.6 per cent of this minority cited reasons that were pro-life.

A smaller group at 16.5 per cent believed that discretion was required in sentencing. This group is comprised of those who believe that the sentence should be decided case by case (6.3 per cent), the consideration of circumstantial factors (5.3 per cent) and the possibility of wrongful convictions (4.9 per cent). 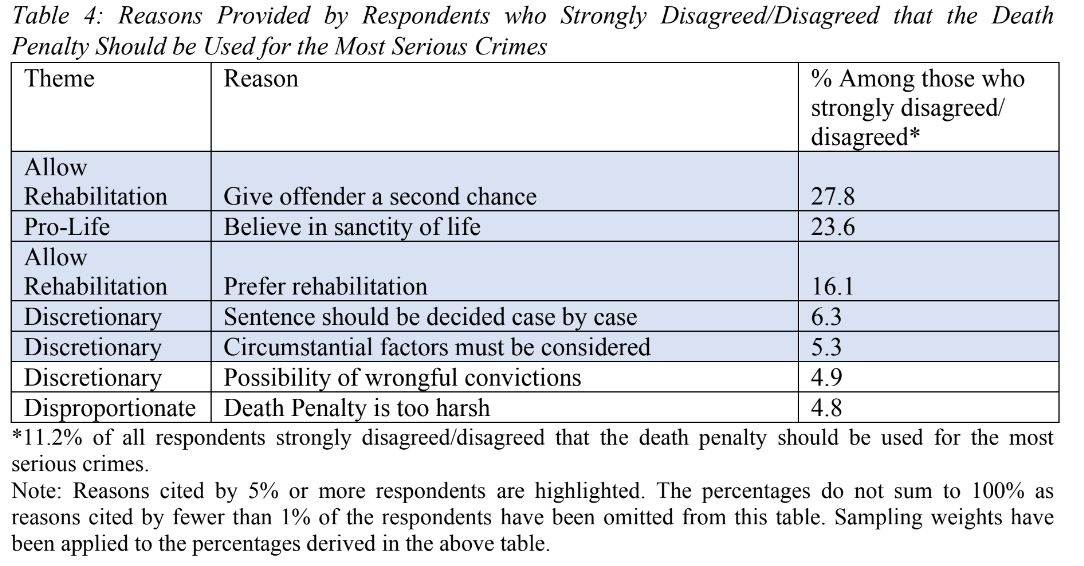 The study also noted that 14.9 per cent of the neutral respondents who cited reasons related to disproportionate punishment had felt that drug trafficking and firearm offences were less severe compared to murder.

Experts weigh in on timing of release

Legal experts and sociologists say that with the release of these full studies, the Singapore Government is looking to demonstrate to both residents and foreign observers that there is still "a strong bedrock of support" for the death penalty.

"Given that you have so much news coming from outside of Singapore that criticises Singapore's use of the death penalty, it becomes important for MHA to demonstrate through (surveys) to demonstrate that there is still that strong bedrock of support for the use of the death penalty in serious crimes," said Associate Professor Eugene Tan from the Yong Pung How School of Law at Singapore Management University (SMU).

Agreeing, sociologist Tan Ern Ser from the National University of Singapore said that the full results could have been released due to the increased proliferation of online content arguing against the use of the death penalty.

"I believe (the release of the studies) has more to do with a perception that an increasingly significant proportion of young Singaporeans is opposed to mandatory death penalty, especially for those convicted of drug trafficking offences, and who may be swayed by what they read of the mounting international pressure."

Assoc Prof Tan from SMU added that having the results published in full, with the methodology and list of questions fleshed out, also leaves no room for doubt that the survey results were collected in a fair and objective manner.

"It goes back to the point of accountability and letting people judge for themselves… with the full study you can look at what sort of questions were asked," he said.

Dr Tan, the sociologist, added, however, that while the full results could "win over" those who are neutral or somewhat opposed to the death penalty, it will likely not convince those who are strongly opposed to rethink their stance.

"The gap is hard to bridge, just as life and death is not on the same continuum," he said.