Making sense of why the GST hike is necessary for Singapore 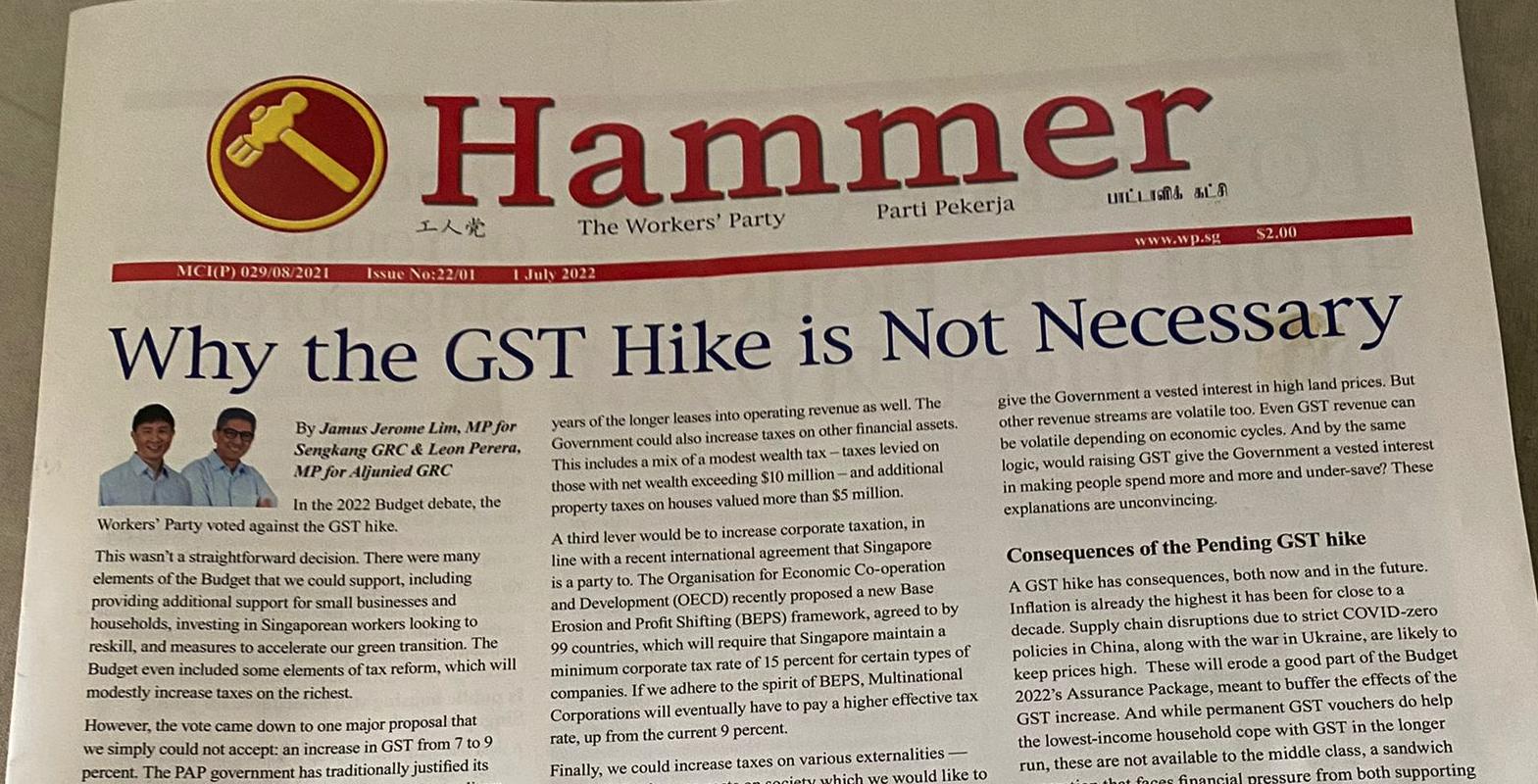 Singapore will raise the goods and services tax (GST) to 8 per cent on Jan 1, 2023, and 9 per cent the following year.

Members of Parliament (MPs) have been periodically asking if the hike can be delayed, as living costs rise amid global inflationary pressures.

Notably more vocal were the Workers' Party (WP) members who felt the GST hike was untimely and unnecessary. 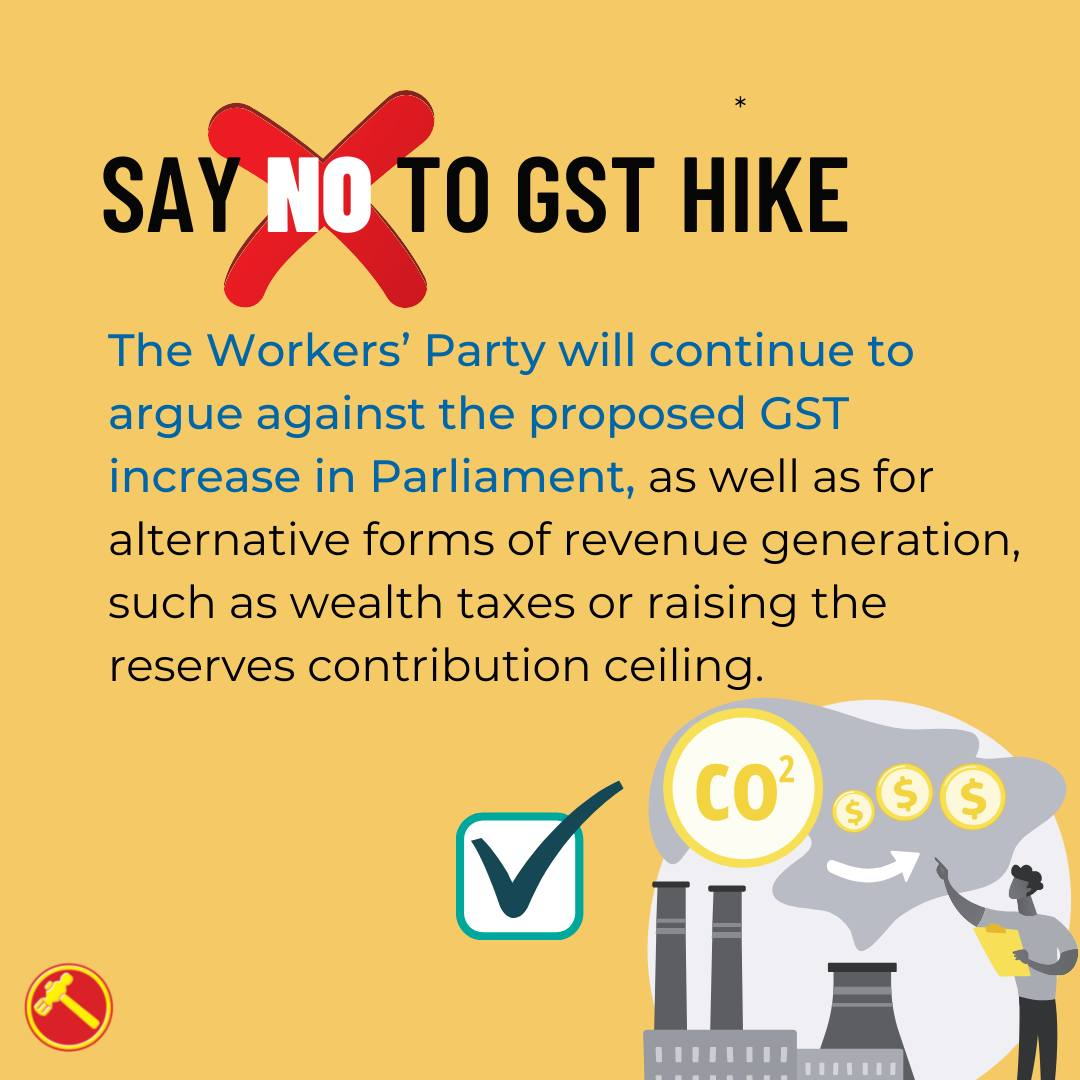 WP MP Jamus Lim stressed that a GST hike is akin to "shooting [ourselves] in the foot."

During the Budget 2022 debate early this year, Jamus Lim explained why raising GST is a 'bad idea at this point in time':

Alternative revenue 'levers' in place of a GST hike

Jamus suggested a number of "credible alternatives" the WP had come up with that if deployed, would "stave off the […] need to increase GST".

He said that deploying any of these "levers" would generate close to S$3.66 billion in revenue, comparable to the projected revenue generated from the proposed GST hike.

Here are the Workers' Party suggestions:

Jamus wants the Net Investment Returns Contribution (NIRC) to be 40%, which he thinks is lower but still a "respectable" amount.

Currently, up to 50% of the Net Investment Returns (NIR) on the assets invested by GIC, MAS and Temasek and the Net Investment Income (NII) derived from past reserves from the remaining assets be contributed back to the reserves.

The investment returns provide additional resources for Government spending in areas such as R&D, transport infrastructure, and healthcare.

Here's why it's a bad idea: The lower the contribution back to the reserves, the more Singapore have to spend out of its reserves today for future needs. According to the Ministry of Finance (MOF), if the NIRC was at 20% less than today's levels, the GST would then need to be increased to 11% instead of 9%.

Lower reserves also puts Singapore in a risky position, especially when a 'surprise' pandemic such as COVID hits. By deviating from the fiscal discipline of saving more for our rainy days, we risk being complacent by assuming that we have enough reserves to shelter from any other unprecedented global calamities.

Leader of the Opposition Pritam Singh raised the possibility of including a portion of land sales into recurring revenue that can be used to fund the annual budget.

Idea is there but not as straightforward: The idea on raising property taxes isn't such a bad idea. Using proceeds from land sales is. According to MOF, it is not fiscally sustainable for the Government of the day to sell land just to meet expenditure needs, especially when land is a scarce asset. 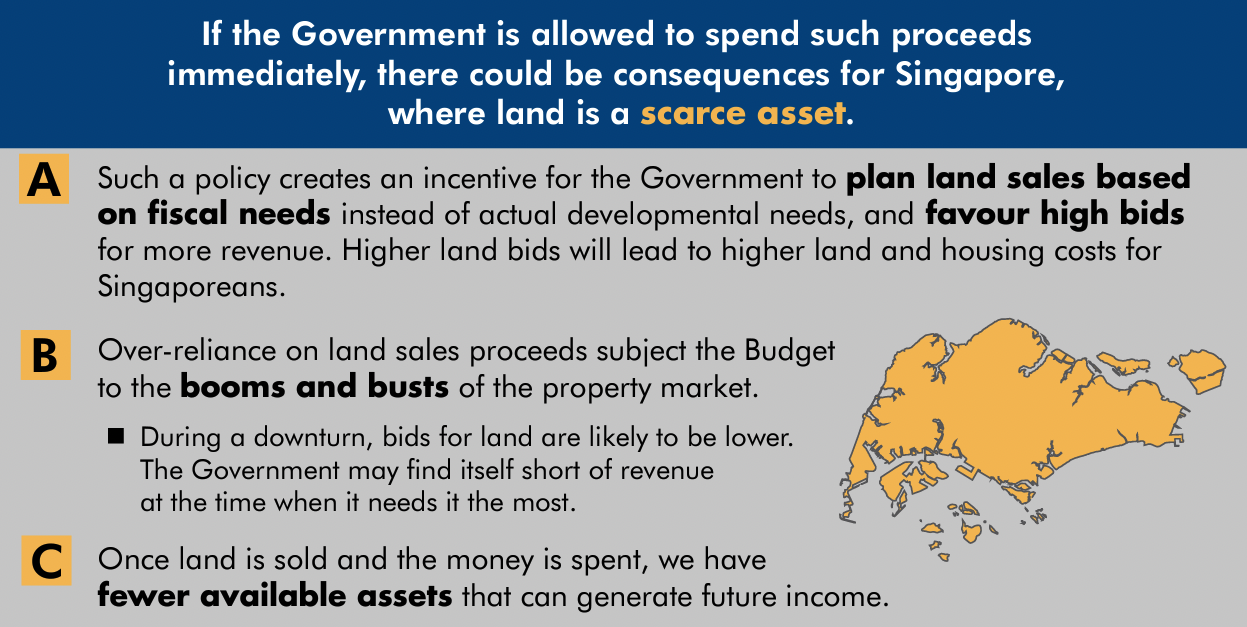 WP wants to increase corporate taxation in line with the recommendations by the Organisation for Economic Co-operation and Development (OECD).

The OECD recently proposed a new Base Erosion and Profit Shifting (BEPS) framework. What this means in English is that the minimum corporate tax rate for certain types of companies is maintained at 15%.

Idea not as straightforward:

BEPS may result in a loss of tax revenue for Singapore, or may result in higher tax revenue only if existing economic activities currently conducted here are retaind although this is not assured. Here's MOF response 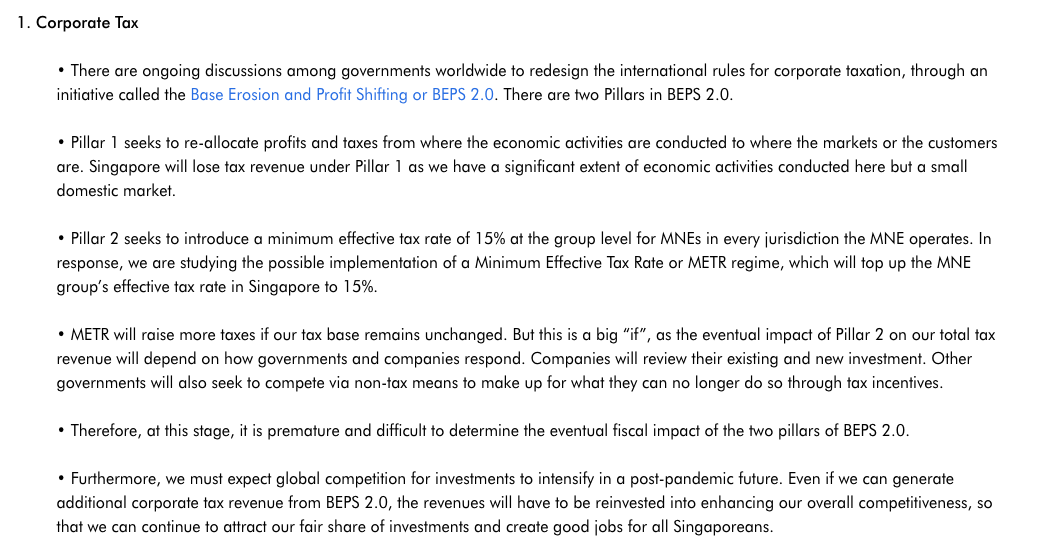 WP's proposal entails increasing "sin taxes" such as those levied on gambling, alcohol and tobacco, as well as "carbon generating activities".

He suggested that the government apply an increase to S$80/tCO2e, but only channel half the revenues towards "mitigating the transition and encouraging adoption of green technologies".

Each of these channel's taxes would be increased by a factor comparable to the GST hike.

During the parliamentary debate on minimum wage in September 2020, Jamus advocated that the Government not be too fixated on over-saving or "cling to some rigid ideology that we should never touch (the reserves)”. Instead, Jamus suggested investing in other needs such as on the youth and education, which would ultimately pay out “higher returns” down the line.

He likened it to the concept of remortgaging, in which people refinance their home loans to take advantage of the present low-interest rate environment in order to expand their leverage.

“I can tell you that (remortgaging) is how people start getting into trouble. I hope you're not teaching that in your classes,” Mr Sitoh remarked.

Sitoh added: "You are always assuming that tomorrow will be better than today. You are assuming there is a better return which may never come."