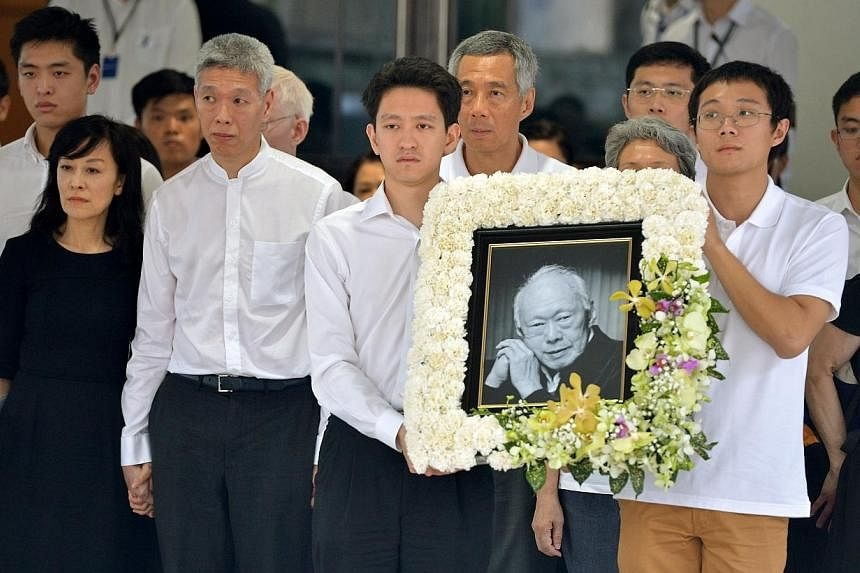 In an interview with The Initium, a Hong Kong-based publication, Shengwu said he believes that his uncle (PM Lee) is indeed paving the way for Li Hongyi to enter politics.

Shengwu also called out Hongyi's denial in the issue: “He said that he has no interest in politics, but my uncle Lee Hsien Loong also said that when he was in his 20s. These words are easily retractable.”

Shengwu getting more facetime in political commentary than Hongyi

Shengwu has, over the years, after his grandfather's death in 2015, been aggressively commenting on the political situation in Singapore, starting with the late leader's funeral.

During Lee Kuan Yew's cremation service in March 2015, Shengwu delivered an eulogy - one that could be mistaken for a political manifesto.

Shengwu spoke about the historical transformation of Singapore, the rule of law, the institutions and how he is part of the children of Singapore who can "rise above its circumstances and be a light to the world."

In contrast, Hongyi's eulogy focused more on nostalgia, his childhood, of mee rebus and nasi lemak.

Just this year alone, Shengwu has been tweeting his micro political commentary on the state of Singapore's government.

In his tweets, Shengwu spoke harshly about his uncle's administration. He lamented the 'harassment' of independent journalists in Singapore. 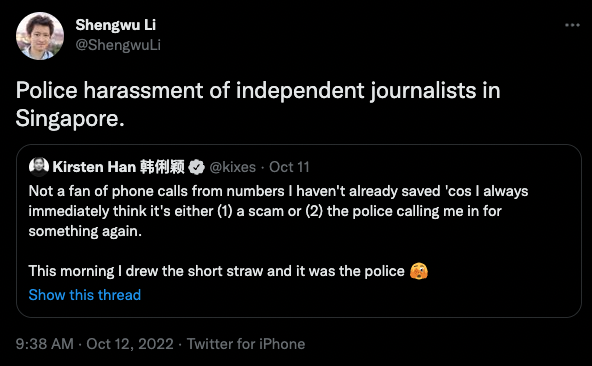 That, and also an unrelated Chinese actor and singer: 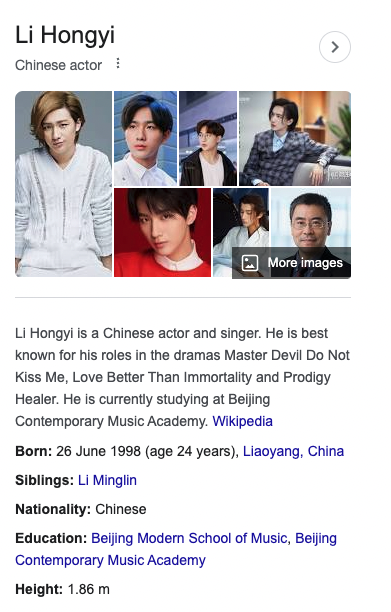 When asked by The Initium correspondent about whether Shengwu would go into politics, Shengwu claimed he was not interested.

“No, I’d be a very bad politician if I participated in politics. I totally don’t fit,” Shengwu said seriously. “I believe I can be a first-rate economist and my second love is mathematics. That’s where my passions lie. ”

“Why? If you don’t go into politics, how would you know," the correspondent asked.

“A politician inevitably has to lie. I do not want to lie about my beliefs, therefore I would not be a competent politician,” Shengwu replied, smiling.

Like Hongyi and Shengwu, Lee Hsien Yang - Shengwu's father - also once claimed he was not interested in politics.

That changed in 2015 after Lee Kuan Yew's death when LHY discovered his kahoonas and joined a political party.

To quote Shengwu again: "A politician inevitably has to lie."

Funnily enough, LHY in 2020 was exposed to be a liar when the Disciplinary Tribunal looking at misconduct on the part of his wife, Lee Suet Fern, found that what LHY says on Facebook and in public contradicts his testimony in court.

LHY simply brushed it off by saying: statements were not sworn ones, so need not be accurate.

Integrity is also not a trait that Shengwu can profess having.

In 2019, Shengwu instructed his lawyers to release copies of his defence affidavit to the media before it was admitted into evidence or referred to in any court hearing.

The Attorney General Chambers at the time called his action a breach of the Supreme Court Practice Directions.

The apple does not fall far from the tree.