Workers' Party MP Raeesah Khan recently recounted in parliament (Aug 3) an incident where a rape victim she accompanied to the police station was allegedly mistreated by the police.

When pressed for more details by the Ministry of Home Affairs, Raeesah was not forthcoming with evidence to substantiate her claims as she did not want to "re-traumatise" the victim by bringing up the topic.

A few months prior, however, Raeesah had no reservation about sharing about the time when her housemate got raped.

Incident happened 10 years ago in Australia

In a Facebook post published on May 27, Raeesah spoke about how she was affected by an incident where her housemate in university "was raped in the very house" they shared. 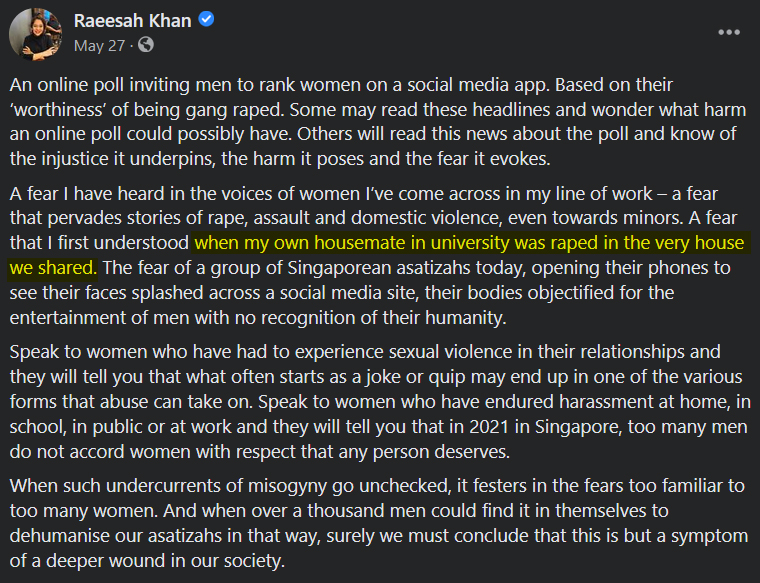 Raeesah's comment came on the back of an online poll sexualising female religious teachers that happened in the same month.

The rape incident was believed to have happened sometime between 2011 and 2015 when Raeesah was pursuing her studies at Murdoch University in Australia.

While the identity of the housemate was not disclosed, a simple trawl of her social media photos during her time in Australia may potentially identify the victim by triangulation - a concern that one netizen raised.

The netizen questioned if it was necessary for Raeesah to "out" her classmate when broaching the sexual harassment topic. 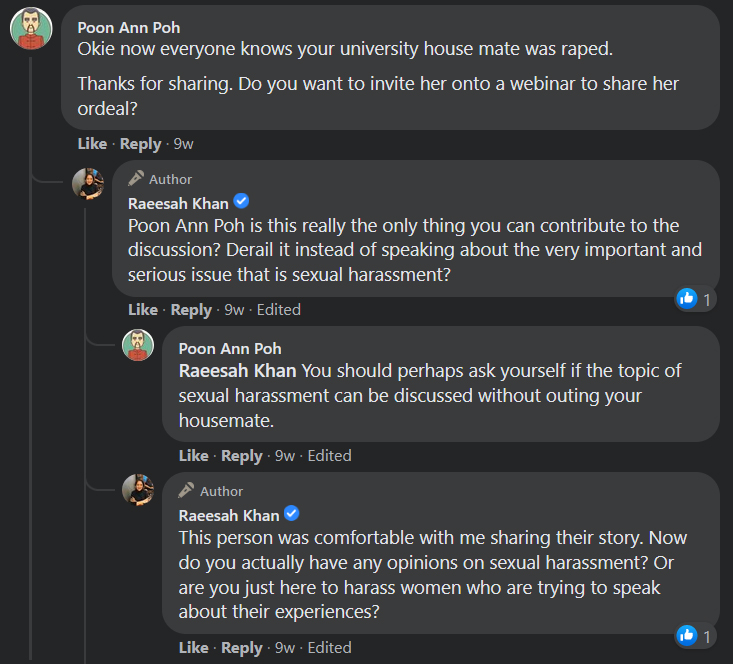 In response, Raeesah accused the netizen of harassing women "who are trying to speak about their experiences."

She also implied that the netizen chose to "tone police and silence women instead of listening." 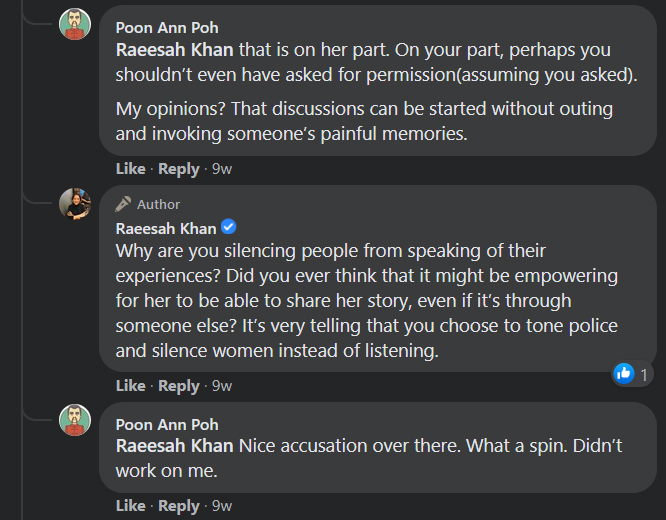 When the netizen called Raeesah out for trying to put a "spin" on the context, Raeesah insisted that the netizen is trying to "put us (women) down."

To which the netizen snarkily replied, "It seems you like assume (sic) the worst of others. Always putting words into others' mouth(s)." 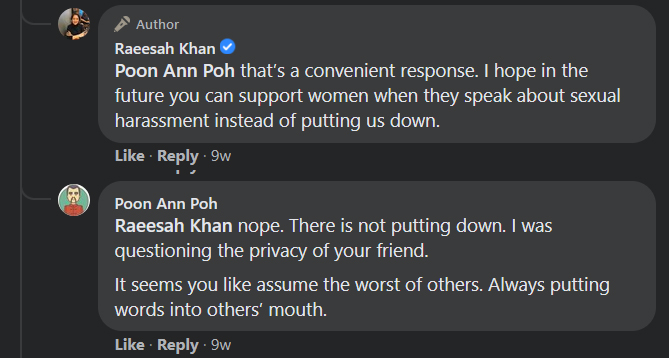 Raeesah's outburst would later put into question her sincerity of wanting netizens to be "non-judgemental" when discussing topics online.

In a Facebook post published last Sunday (Aug 8), Raeesah called for netizens to "keep their comments open, rational, and non-judgemental..." 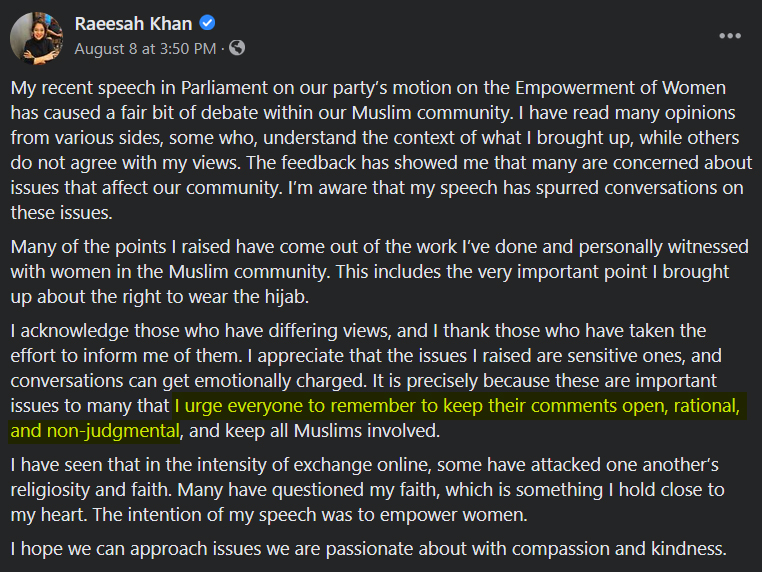 She was following up on her speech in parliament about Malay-Muslim issues that raised the ire of the community and caused a spirited debate online.

Last year (Sep 18), Raeesah was given a stern warning from the police for social media posts that promoted enmity between different groups and committed contempt by scandalising the court.

She had insinuated in May 2020 that the law in Singapore is different for "rich Chinese or white people" and claimed that the authorities favoured expats over migrant workers.

Another post, in 2018, was made in the context of the City Harvest Church ruling. Raeesah had posted: "Singapore jails minorities mercilessly, harasses mosque leaders but lets corrupt church leaders who stole $50 million walk free. Who did they pay?"