Meet the admins manufacturing outrage at "Wake Up, Singapore" Wake Up, Singapore (WUSG) - a Facebook page known for manufacturing outrage from fake news - has been caught napping.

Fresh from a correction order by the Protection from Online Falsehoods and Manipulation Act (Pofma) Office for a separate false claim made by the page last month (Feb 13), WUSG is once again involved in another brouhahaha over yet another false claim.

In 2013, WUSG was set up as an Instagram page by three individuals - Ariffin Sha, Sean Francis Han, and Benjamin Matchap.

According to a 2016 post on WUSG facebook, and a declaration from Benjamin himself, he is no longer an administrator with WUSG.

Sean Francis Han was the former editor-in-chief at WUSG. According to the page, they claimed Sean was no longer part of the team since 8 September 2021.

According to Fathership's sources, however, Sean still maintains considerable influence on WUSG's operations and is also one of the page's key personnel. 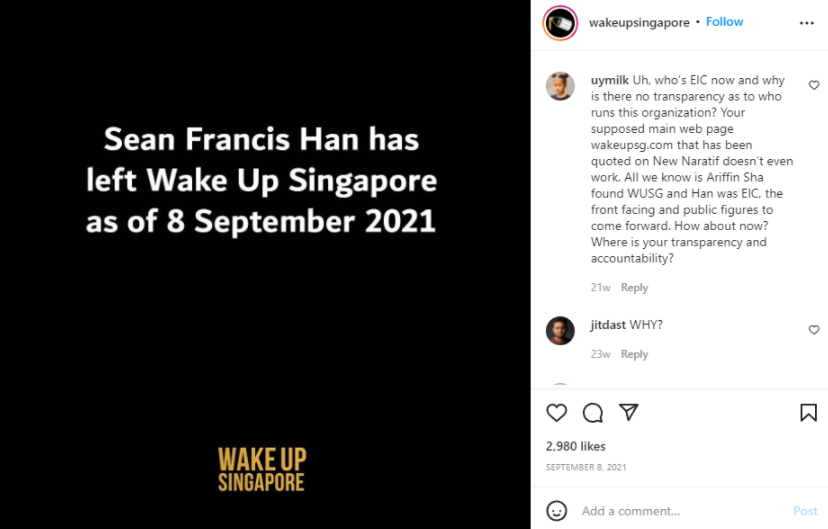 Sean was one of the activists who held a silent protest on the MRT by wearing blindfolds and holding up the book “1987: Singapore’s Marxist Conspiracy 30 years on” in 2017. 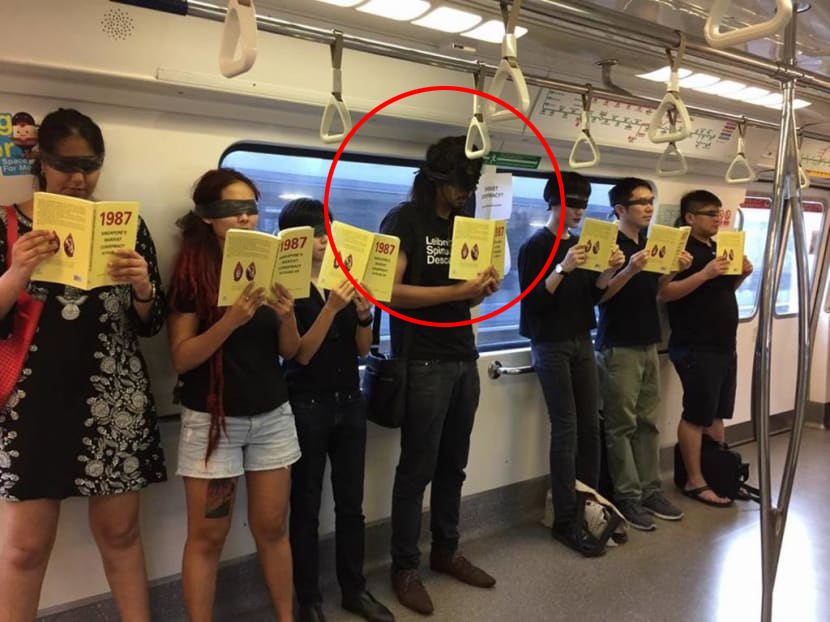 Sean Francis Han was the former editor-in-chief at WUSG, he claimed to have left WUSG since 8 September 2021. He was 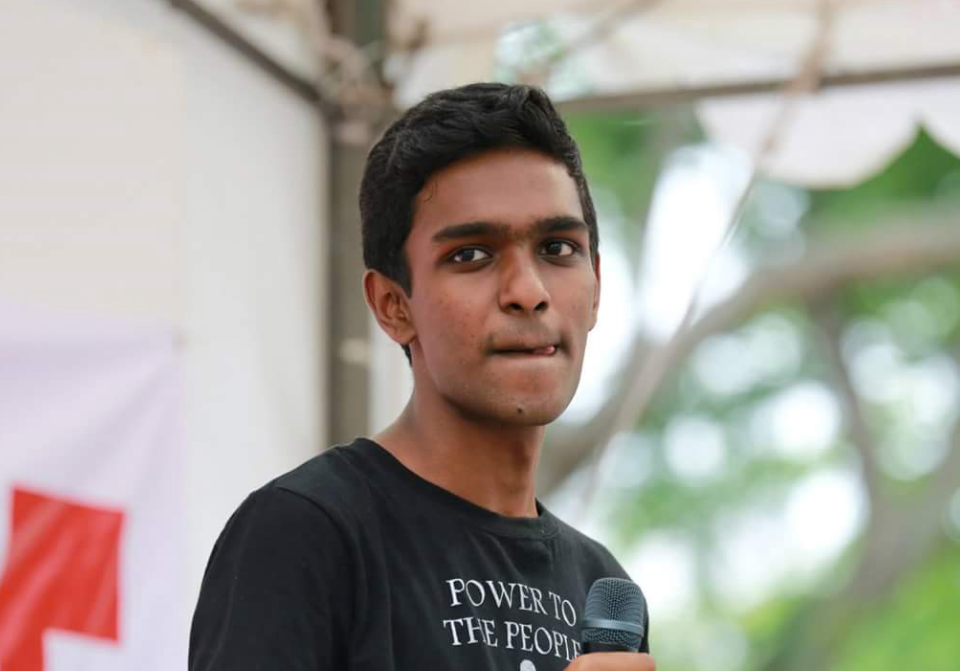 Last on the list is WUSG's founder Ariffin Sha.

An aspiring legal office boy, the page claimed in 2014 that Ariffin left the group. 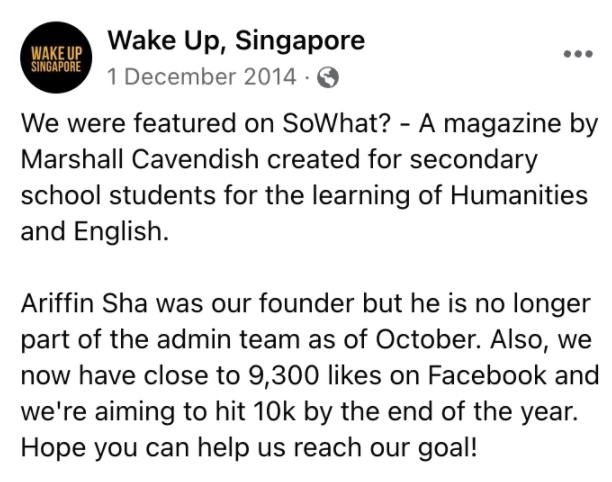 However, Fathership has sighted documents that allegedly point Ariffin as the mastermind behind the page's operations. These include running the website, pushing out articles and profiting from the page's ad revenue.

As of 2022, Ariffin is believed to still be the key personnel of WUSG despite the page claiming otherwise.

WUSG is a known internet brigade linked to members of the Workers' Party. Their modus operandi has been to espouse populist anti-government rhetoric so they can portray themselves as some hip anti-PAP renegade platform. The squad of goons- which is WP's answer to PAP's "Fabrications Against the PAP" IB page - has been particularly active throwing Raeesah Khan - a figure they were fanboys of previously - under the bus to protect the reputation of WP leaders.

They also published a document purporting to be a copy of the hospital bill, which stated that the hospital visit took place on Feb 28.

Two days later, the site published another social media post with screenshots of alleged calls from KKH to the patient, claiming that the hospital had been in contact with her on March 24.

The next day (Mar 25), KKH filed a police report over the allegations upon discovering that there were discrepancies between the story and the bill information, both of which were shared online.

On the same day, WUSG took down their posts and posted an apology. Included with their apology was a screenshot of messages from the woman where she apologised to the site and said that she sent the misinformation in the "heat of the moment".

On Sunday (Mar 27), the Ministry of Health (MOH) said it instructed the POFMA office to issue a correction direction to WUSG for publishing the false account.

WUSG published the correction notices on Facebook and Instagram shortly after MOH issued its media release. The original posts have since been taken down.