On press freedom: It took Lee Kuan Yew's death for his grandnephew Li Shengwu to grow a pair and find his voice 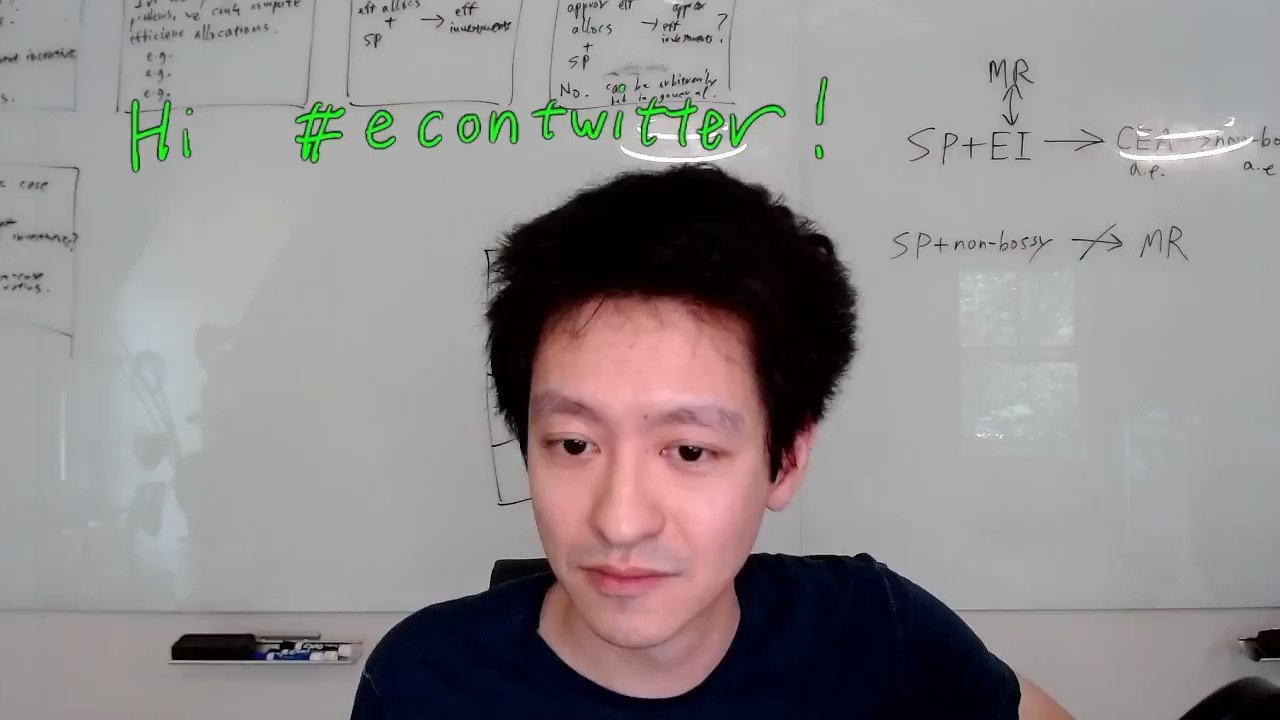 The late Lee Kuan Yew once testified, according to The Times, that he designed the draconian press laws to make sure that “journalists will not appear to be all-wise, all-powerful, omnipotent figures.”

While it is of no surprise that Singapore's press freedom rankings have historically been as dismal as the country's performance in football, the same can be said of Li Shengwu's efforts to clamber onto the saddle of the moral high horse he's seemingly on.

In the past two months, Shengwu tweeted in support of independent journalists and their perceived harassment by the authorities in Singapore. 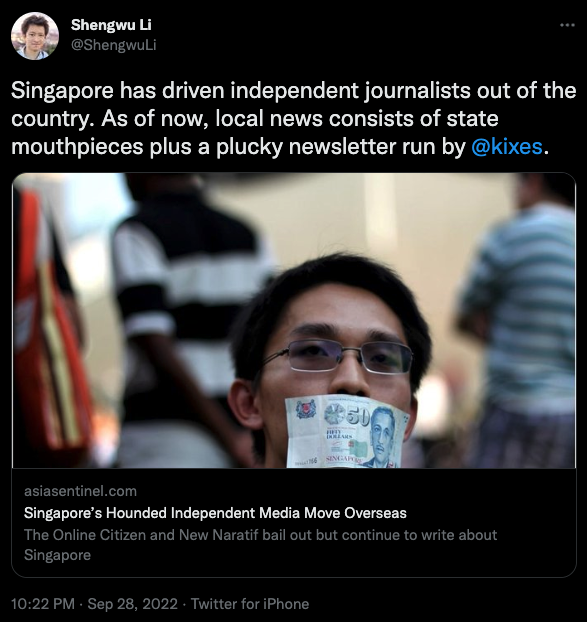 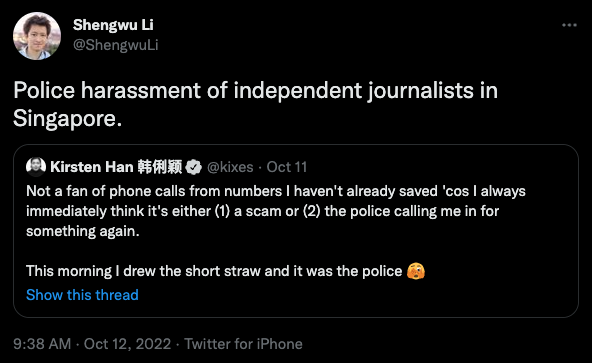 In 2017, Shengwu, in response to the contempt of court charges levied against him, asserted that the Singapore government "stifle(s) the free press". 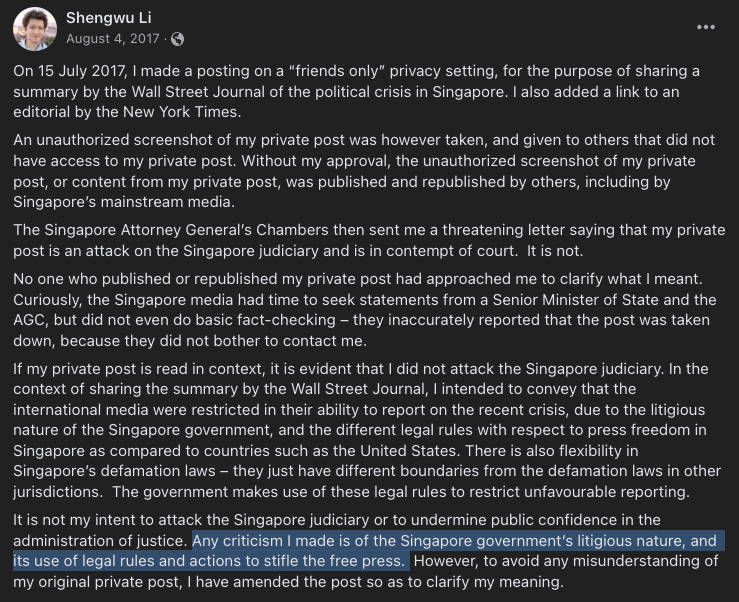 It is important to note that the definition of what constitutes "independent journalists" to Shengwu is confined within the echo chambers of the Kirsten Hans and Sudhir Vadakeths of the alternative media space - bloggers who would likely in someway or another contribute to Lee Kuan Yew's blood pressure if he was alive.

According to Shengwu, you either speak against the government to be considered "independent" or you toe the establishment line to be seen as "state mouthpieces".

But where was Shengwu's outrage when Lee Kuan Yew was still as sprightly as the proverbial high horse?

Afterall, the late leader was the architect of Singapore's media censorship from the early days since Singapore's independence.

Where was his voice then? Surely in the last 5 years of Kuan Yew's time alive, Shengwu could have at least managed a croak of dissent in public? 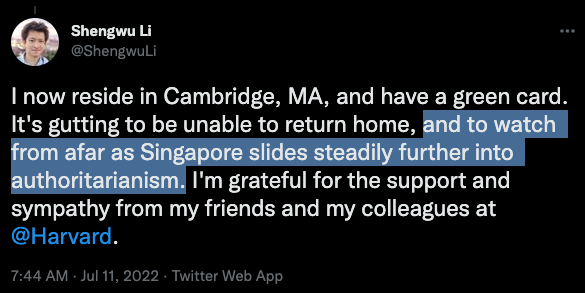 In the tweets, Shengwu accused his uncle, Prime Minister Lee Hsien Loong, to be litigious against his critics and implied that the current government would not hesitate to carry out political prosecution against dissidents.

The irony is that the characterization leveled by Shengwu has been echoed for years by past opposition figures - not against Hsien Loong, but of Sheng Wu's grandfather Kuan Yew.

Shengwu may have finally found his voice after Kuan Yew's passing but unfortunately, the ears are already dead.