According to Hardwarezone, Jonathan reportedly implied that migrant workers should "go riot like during little India" presumably over the quality of food sent to the dorms. His comment was directed at another Facebook user's post and was published on April 21.

Soh was referring to the December 2013 incident when a riot took place in Little India after a fatal accident involving one migrant worker. About 300 migrant laborers were involved in the riot which lasted for around two hours.

Soh, who is a business owner of a fintech firm, joined PSP in October 2019 and can be seen alongside Tan Cheng Bock during a membership ceremony. He was also seen in one of PSP's gatherings. 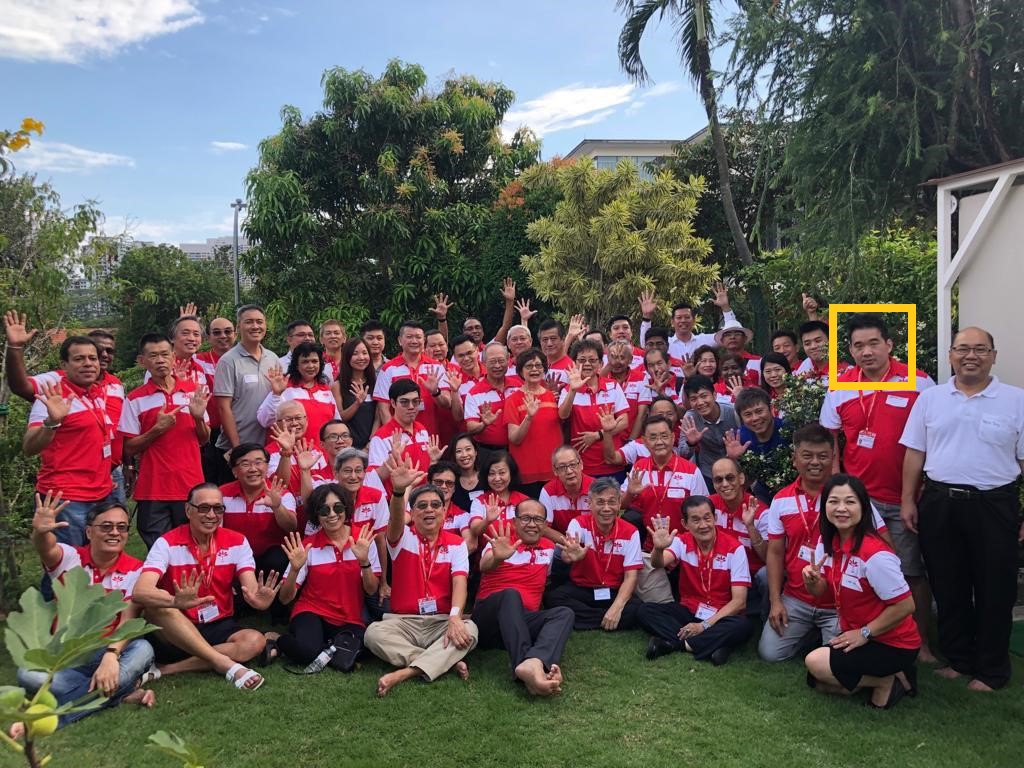 A Fathership reader sent a copy of the police report filed against Soh. In the report, the reader said that Soh's post was inciting violence. 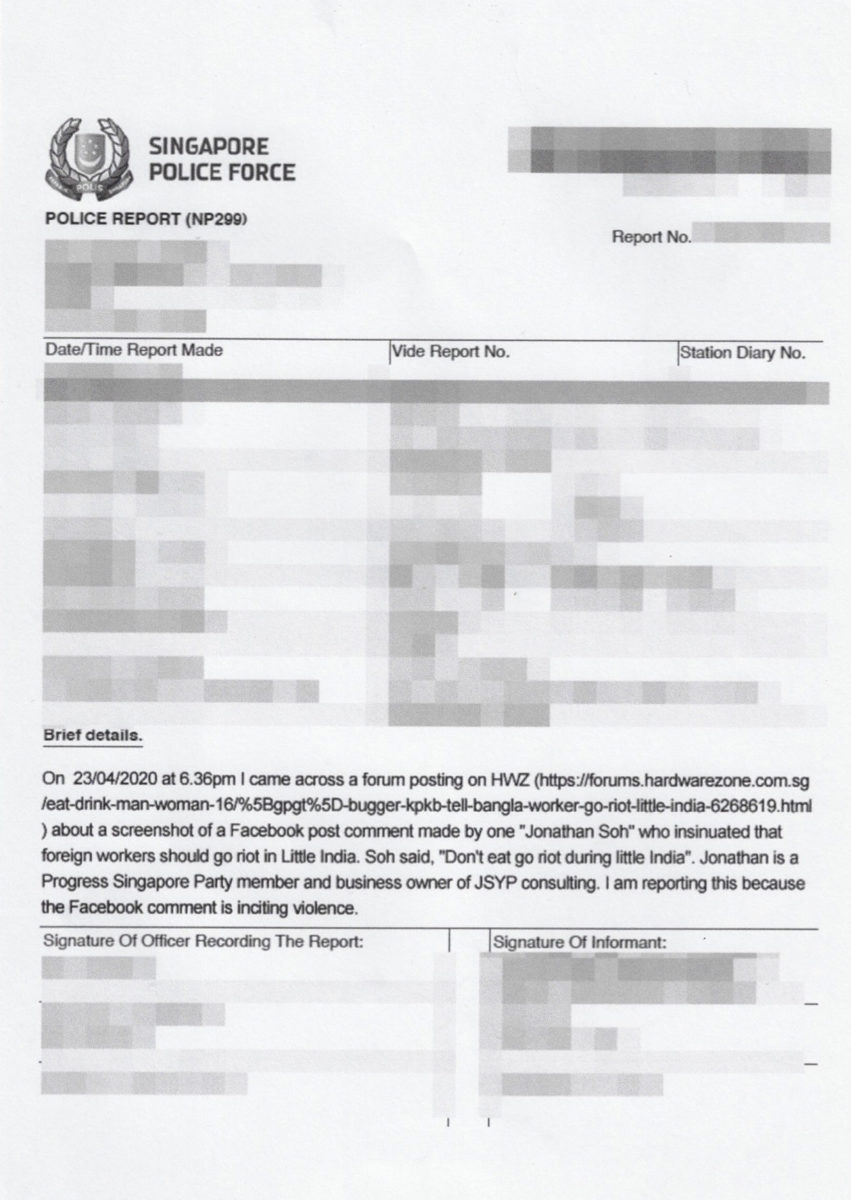 No response from PSP yet

Neither the PSP nor its secretary-general Dr Tan Cheng Bock have responded to the report even though the incident happened 2 weeks ago. Soh's membership with PSP is believed to be currently active.

Just recently, PSP expelled another member who claimed the party has been infiltrated and that key figures were funded by foreign sources.

According to PSP statement, the party said: "While we value our members and their contributions, we also expect our members to safeguard the interests of the party. Any action that hurts the party's credibility cannot and will not be tolerated."

The member's expulsion is the second by PSP. In March, technology consultant Jan Chan, 30, was expelled after he told ST he was behind an offensive Facebook post involving an image of the Bible and the Quran.

According to Singapore law, anyone guilty of making an electronic record containing an incitement to violence can be jailed up to five years and/or fined.