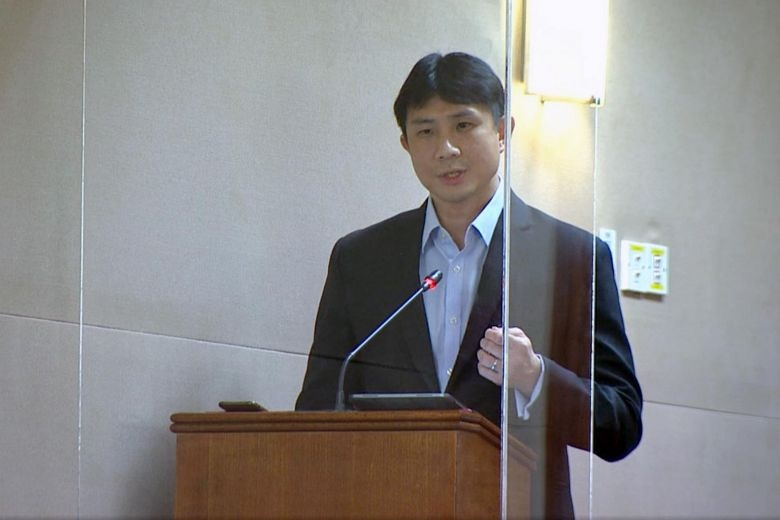 Workers' Party (WP) Member of Parliament (MP) Jamus Lim made his maiden speech on Thursday (Sept 3) which steered into a protracted debate on compassionate policymaking and minimum wage with several other People's Action Party's (PAP) MPs.

MP Lim called for "greater injection of compassion and thoughtfulness" in the Government's approach towards policymaking which he thought was timely given that gains from the progress made over the years have not been equitable across different segments of society, especially so for low-wage workers, the elderly and single mothers. MP Lim credited the imbalance to Singapore's push for efficiency instead of equity among its citizens.

He proposed that an official poverty line be introduced and a minimum wage policy to be implemented across the board.

MP Lim reiterated his call for the Government to implement "a simple across-the-board universal minimum wage" - a policy proposed in WP's manifesto. He stressed that the impact on employment will "likely be very limited" based on "reams and reams of studies".

When asked by PAP's Vikram Nair if MP Lim is aware of any country with a minimum wage that also has a lower unemployment rate than Singapore, fellow WP MP Leon Perera (Aljunied GRC) shot down the question by saying that the fact that another country has a higher or lower unemployment rate than Singapore may not be causally related to its minimum wage policy.

Mr Nair also asked on what level of minimum wage would be suitable for Singapore, MP Lim replied he do not know and suggested a national commision be formed to study it.

MP Lim acknowledged that Singapore currently has a progressive wage model - first rolled out in 2015 to help raise the income of low-wage workers through skills upgrading and improvements to productivity - but argued that "much more" can be done.

PAP MP Tin Pei Ling raised a separate topic on the employability of youth and if MP Lim has any specific proposals to improve youth employment.

On minimum wage, SM Tharman said he would not “exaggerate the differences” between the progressive wage model and the minimum wage model suggested by MP Lim, noting that the former is a “minimum wage plus” with a sectoral approach.

He also responded to MP Lim's citation of a study on low-wage work, which he attributed to the National University of Singapore. He said: "I've never heard economists cite a university as a source of research, be it a well-regarded or not very well-regarded university. Individuals do research and it may be very credible research, but universities don't publish research."

Responding to MP Lim's view that the Government's policy over the years have so far not be equitable, SM Tharman advised against making straw man arguments like saying the Government is interested only in efficiency, not equity.

"That's frankly laughable," said Mr Tharman, who is Coordinating Minister for Social Policies. "Try to avoid that manner of argument, of painting everything in binary terms."

MP Lim reasoned that he did not think he was making a straw man argument when talking about a trade-off between efficiency and equity.

"Rather, it is about a continuum, and I am arguing that we can move more in the direction of favouring equity over efficiency."

MP Lim, however, acknowledged that given the current pandemic, formulating policies to aid in equitable redistribution of economic gains may not be suitable at this time, but called for the Government to set out its plans now with a greater dose of compassion.

MP Lim also conceded that in a time of crisis, a minimum wage policy "may not be ideal".