On October 2nd, 2020, lawyer Lim Tean was arrested for an alleged offence of Criminal Breach of Trust (CBT) and Unlawful Stalking. 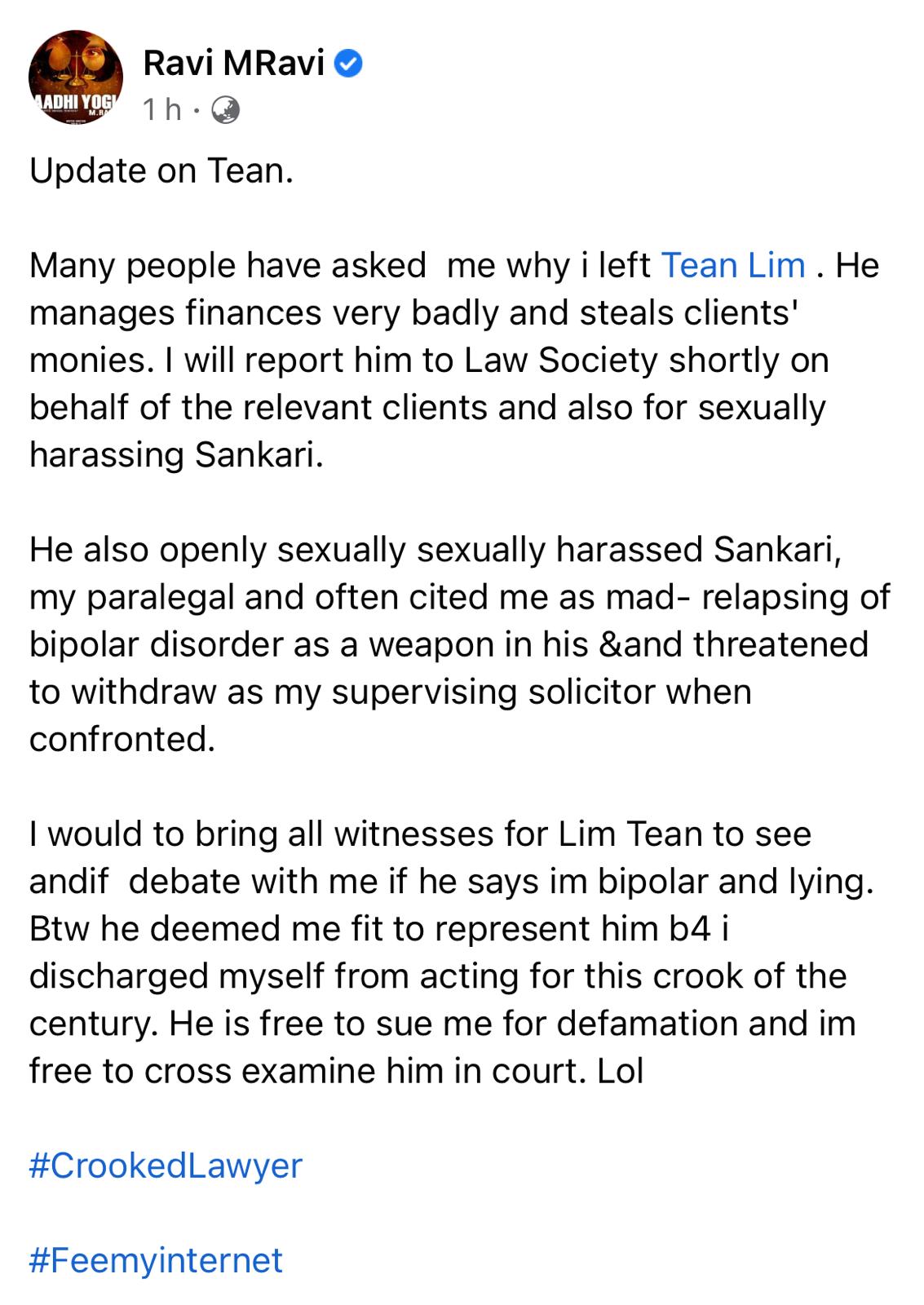 In 2020, Lim Tean's former client alleged that the lawyer misappropriated a sum of money awarded to him as damages by the court. Lim Tean had acted for the client in a motor injury suit.

In the same year, Lim Tean's former employee alleged that she was harassed by him when she was working at his law firm. The employee also referred the Police to text messages, that had been exchanged between her and Mr Lim Tean.

During that time, best buddy M Ravi decided to represent Lim Tean against the allegations.

According to M Ravi, there were a total of 3 individuals that had lodged harassment complaints against Lim.

Fathership understands that one of the complainant was Lim's paralegal. 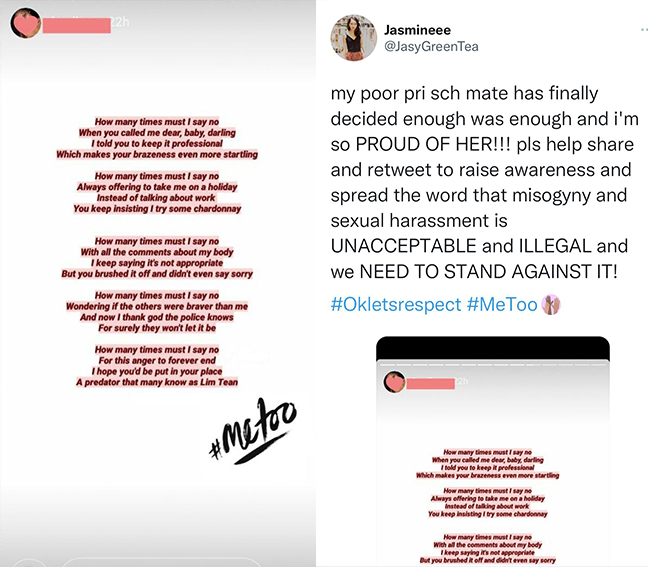 The source of the screenshot came from a Twitter user who claimed to be the complainant's primary school friend.

All three complainant have not be identified.

M Ravi has issued an open challenge to Lim Tean to sue him for defamation.

It remains to be seen if Lim Tean will take up the challenge.