On 15 August 2019 at about 8.52am, The Online Citizen's (TOC) chief editor Terry Xu messaged his Malaysian writer Rubaashini Shunmuganathan aka "Kiara Xavier" on team chat messaging platform Slack that he "need(ed) some creative writing" on Ho Ching's post, based on certain pointers that Terry listed for her. 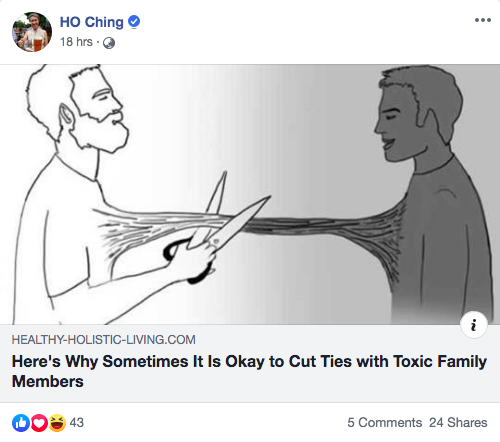 According to court documents, Rubaashini replied three and a half hours later at 12.39pm with the first draft titled: "PM Lee's Wife, Ho Ching weirdly shares article on cutting ties with family members".

Close to ten minutes later at 12.47pm, Terry replied to Rubaashini saying "very good! no edits needed" before the article was subsequently published.

A Malaysian staff of TOC - believed to be TOC's social media manager Stephen Netto - shared the article on TOC's Facebook page on the same day.

The article was later found to be defamatory by Prime Minister Lee Hsien Loong (PM Lee).

Rubaashini is based in Shah Alam, Malaysia and is currently a freelance writer and sub-editor for TOC charging USD 12 per hour.

Based on her rates, Rubaashini likely billed Terry a total of USD 42 (~S$50) for the defamatory piece.

Rubaashini contributed a total of 786 article for TOC in a span of 2 years. A conservative estimate puts her total billings at S$40K or RM120K.

The Cardiff University journalism graduate has a knack for writing inflammatory articles about Singapore.

In one article, Rubaashini called for Singaporean civil servants to follow the example of their Hong Kong counterparts in protesting.

In the article that was the subject of the defamation suit by PM Lee, Rubaashini repeated allegations by PM Lee's sister Lee Wei Ling that the Prime Minister had "misled" the late Lee Kuan Yew into thinking that the Oxley Road property had been gazetted by the Singapore Government, causing him to change his will to bestow the house to PM Lee.

She also cited an allegation by the two siblings that the Prime Minister wanted to keep the house "to inherit (Lee Kuan Yew's) credibility".

Rubaashini started writing for TOC since end-2018 until October 2020 before keeping a low profile (due to backlash on her exposé) and then resuming her writing on TOC as recent as January this year.

According to Fathership's sources in Malaysia, Rubaashini is currently still based in Shah Alam, Malaysia, despite her brother claiming that she no longer lives at the family home there.