Aspiring AOC enthusiast Raeesah Khan has declined to follow up on her allegations that the police mishandled a sexual assault case in 2018.

Khan, the MP for Sengkang GRC, had spoken during her party's motion on empowering women in Parliament in August and stated how she had accompanied a rape survivor to make a police report three years ago.

The 25-year-old woman came out of the police station crying, Khan said, adding: "The police officer had allegedly made comments about her dressing, and the fact that she was drinking."

When pressed for details by the MHA then, Raeesah was not forthcoming with evidence to substantiate her claims.

Opinions about Khan were primarily divided into two camps: one, a majority of netizens doubtful of Khan's allegations, and the other, netizens who are doubtful about Khan. 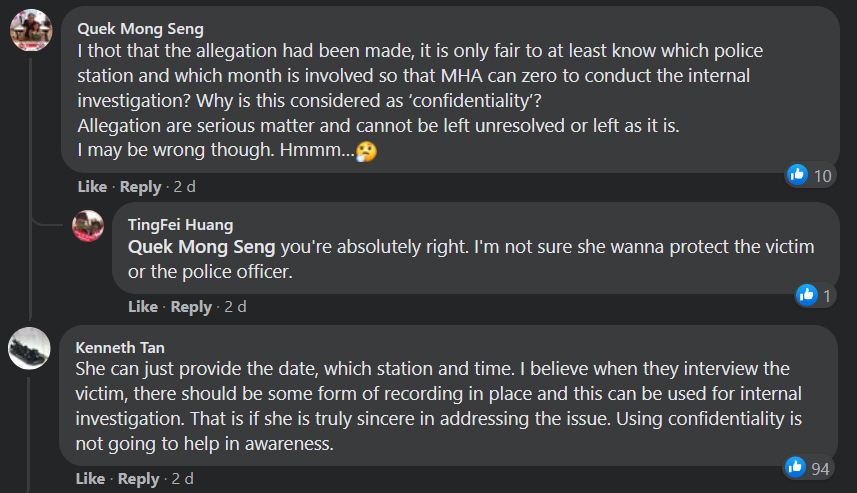 Shanmugam said the police had since checked their records and found no cases that fit Ms Khan's description.

"Police have spent a lot of time searching their records since this point was made. But they don't seem to be able to identify a case where Miss Khan was present with the victim. It is entirely possible that they didn't note down Ms Khan's name, but it is most important that the matter is not left hanging with doubt over what may or may not have happened," he said.

Khan affirmed that her account was true but repeatedly declined to reveal any further details - including the police station they went to - due to confidentiality concerns.

She previously said that she had lost contact with the victim and could not ask permission to disclose further information on the incident.

Netizens were quick to point out the contradiction in Khan's statements. One netizen said: 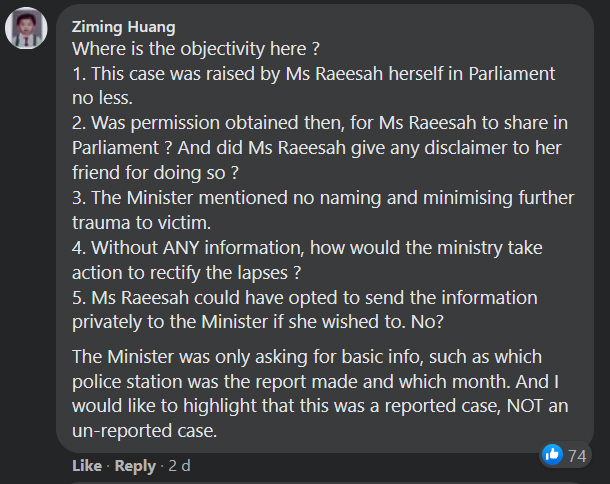 Perhaps Khan finally realises that the Parliament is not Geylang Serai Market where anecdotes can be raised without any accountability.

And that Shanmugam is no fishmonger.