Data provided by the Ministry of Manpower (MOM) to Pioneer SMC MP Patrick Tay showed that the total number of Professional, Managerial, Executive & Technical (PMET) jobs in Singapore had grown from 1.25 million in 2010 to 1.7 million in 2019, adding that for every 1 foreign PMET hired, about 3 more Singaporeans took up PMET roles.

MOM was responding to Tay's request for the annual breakdown of residents and non-residents data working in PMET roles for the past decade.

Tay, who is also an assistant secretary-general of NTUC, had requested the data in a Facebook post in September 2020. 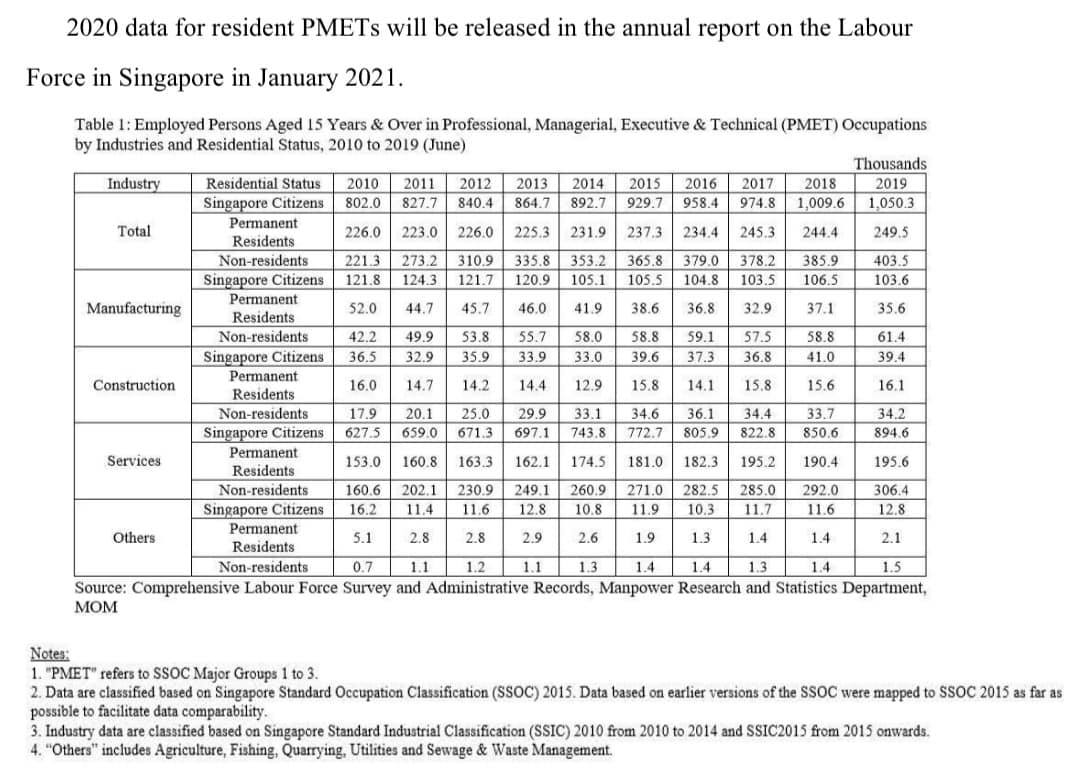 According to MOM's data, the overall figures for Singaporeans in PMET roles in 2019 decreased by 2.5 per cent.

The data also showed that in the past 5 years (2014-2019), foreigners in PMET roles grow at 10K workers per year, compared to Singaporean PMETs at 32K per year.

The growth in Singaporean PMETs suggests that for every 1 foreign PMET added to the economy, about 3 more Singaporeans took up PMET jobs.