Are the Taliban descendants of Israel? 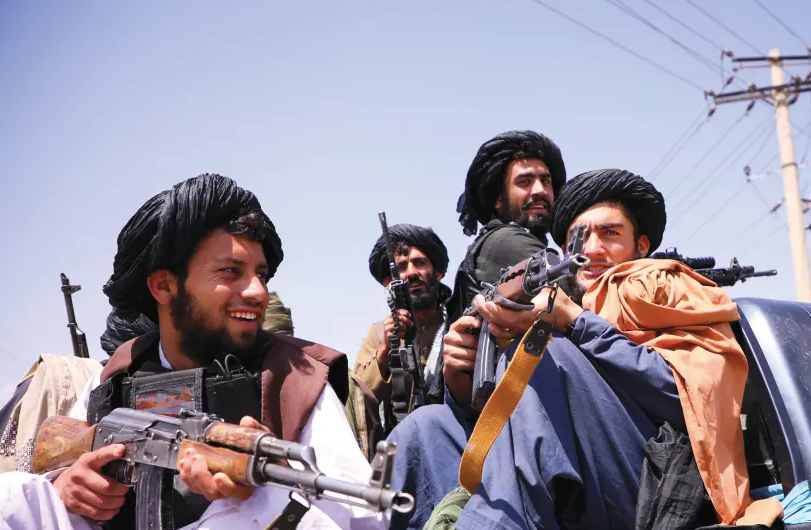 With the fall of Kabul into the hands of the Taliban just shy of the 20th anniversary of the September 11 attacks, the world’s attention has once again turned to Afghanistan.

Tucked away in south-central Asia, with unsavory neighbors such as Iran to the west and Pakistan to the east, the landlocked country, which once served as a base of operations for al-Qaeda and Osama bin Laden, is as beguiling as it is complex.

And yet amid its turbulent past, in which it has served as a flashpoint for the British Empire, the Soviet Union and now the United States, Afghanistan has long been home to one of the more intriguing unsolved mysteries of Jewish history: the fate of some of the Ten Lost Tribes of Israel.

Periodically over the past two decades, newspaper headlines have raised the tantalizing question of whether the Pashtun tribes who make up most of the Taliban are in fact our long-lost relatives, descendants of the Israelites who were cast into exile by the Assyrian empire more than 2,700 years ago.

While the possibility of such a connection may strike some as fanciful, a cursory look at the evidence suggests that it cannot and should not be dismissed out of hand. 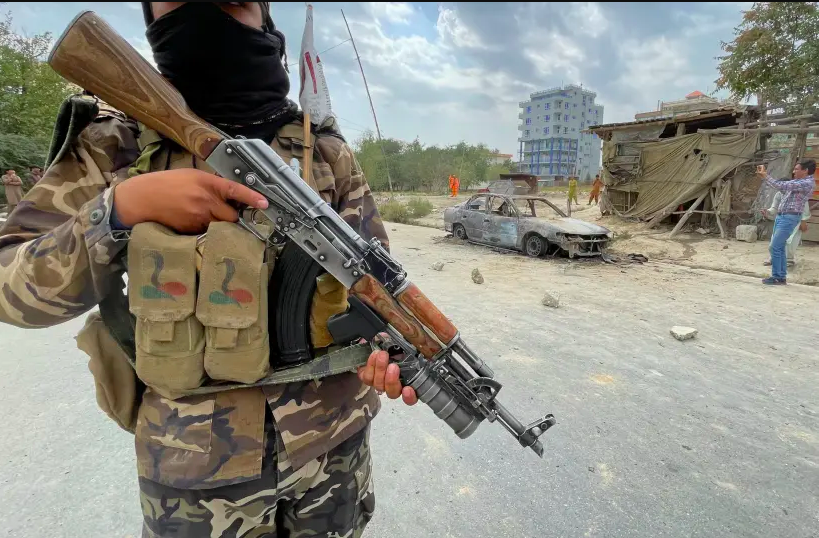 Pictured: A TALIBAN member stands guard as Afghan men take pictures of a vehicle from which rockets were fired, in Kabul, Afghanistan, August 30. (credit: STRINGER/ REUTERS)

The Pashtuns, or Pathans, are said to number in the tens of millions, with the bulk living in Pakistan, Afghanistan and India. They consist of several hundred clans and tribes that have fiercely preserved their heritage amid waves of foreign conquest and occupation.

Prior to the rise of Islamic fundamentalism in the region, many of the Pashtuns declared themselves to be what they referred to as Bani Israel (Sons of Israel), an oral tradition that their ancestors passed down through the generations.

This was noted by various Islamic travelers and historians, stretching as far back as the 13th century, when there was hardly any advantage to be gained by asserting an ancient Israelite identity in Central Asia. Over the next 400 years, other Islamic scholars and writers noted the persistence of the tradition.

In the 19th century, a number of Westerners who visited the region became convinced that the Pashtuns were in fact descendants of the Israelites.

In his 1858 work, History of the Afghans, Joseph-Pierre Ferrier wrote that the chief of one of the main Pashtun tribes, the Yusefzai (Sons of Joseph), presented the Persian shah Nader Shah Afshar “with a Bible written in Hebrew and several other articles that had been used in their ancient worship and which they had preserved.”

Similarly, Major Henry W. Bellew, who served in the British colonial Indian army, in his 1861 work The Lost Tribes, wrote regarding the Pashtuns that, “The nomenclature of their tribes and districts, both in ancient geography, and at the present day, confirms this universal natural tradition. Lastly, we have the route of the Israelites from Media to Afghanistan and India marked by a series of intermediate stations bearing the names of several of the tribes and clearly indicating the stages of their long and arduous journey.”

More recently, the late president of Israel, Yitzchak Ben-Zvi, in his 1957 study about far-flung Jewish communities The Exiled and the Redeemed, devoted an entire chapter to “Afghan tribes and the traditions of their origin.”

Basing himself on scholarly research, as well as on interviews he conducted with numerous Afghani Jews who made aliyah in the 1950s, Ben-Zvi wrote, “The Afghan tribes, among whom the Jews have lived for generations, are Moslems who retain to this day their amazing tradition about their descent from the Ten Tribes.”

While he cautiously notes that, “the evidence in our possession is, of course, insufficient for practical conclusions to be drawn therefrom,” he nonetheless correctly asserts, “The fact that this tradition, and no other, has persisted among these tribes is itself a weighty consideration.”

Modern-day scholars have added greatly to our stock of knowledge on this subject. Dr. Navraz Aafreedi, an Indian academic in Kolkata who hails from a Pashtun background, has written extensively and persuasively about the evidence of an Israelite connection, and Dr. Eyal Be’eri, the leading Israeli scholar on the Pashtuns, has recorded a series of their customs and traditions that are identical to those of Jews.

These include practices such as circumcision on the eighth day after birth, refraining from mixing meat and milk, lighting candles on the eve of the Sabbath and even levirate marriage.

Other scholars have noted similarities between the Pashtun’s ancient tribal code, the Pashtunwali, and Jewish traditions.

While DNA studies have provided limited evidence to back up these assertions, a 2017 article in the journal Mitochondrial DNA did find there to be “a genetic connection of Jewish conglomeration in Khattak tribe,” one of the Pashtun clans.

And although the Taliban have done a great deal to erase any trace of their pre-Islamic history, the tradition refuses to die.

As Hebrew University anthropologist Dr. Shalva Weil has noted regarding the Pashtuns’ link with the lost tribes of Israel, “There is more convincing evidence” about them than anybody else.

This fascinating historical curiosity, however, should not blind us to the fact that the Taliban are viciously anti-Israel and no Pashtuns are known to have shown any public interest in returning to their Jewish roots.

Indeed, as Dr. Be’eri has argued, even if the Pashtuns are biologically and historically connected with the people of Israel, it still does not mean that “tomorrow they will convert to Judaism and come to live in the Land of Israel.”

Merely talking about “mass conversion and migration of millions of Pashtuns from Afghanistan and India into the State of Israel,” he has written, could damage prospects for building greater regional cooperation and understanding.

There are, of course, other theories regarding the origins of the Pashtuns as well as scholars who discount or reject the contention of an ancient Israelite connection. But given the Pashtuns’ ancient civilization and far-flung diaspora, and their key political and demographic role in various parts of the Asian subcontinent, it would seem prudent for the Jewish people to seek out avenues of dialogue with them if and wherever feasible.

The mere possibility of a shared historical identity could serve as a basis for discussion between Jews and Pashtuns, one that could lead to a dampening of hostility and suspicion and perhaps lay the groundwork for a stronger relationship in the future.

In light of their fanatical theology, the Taliban are of course not an address for such efforts. But there are plenty of other Pashtuns worldwide with whom we should seek to build bridges, whether or not one believes them to be our long-lost cousins. Michael Freund served as Deputy Communications Director in the Israeli Prime Minister's Office under Binyamin Netanyahu.