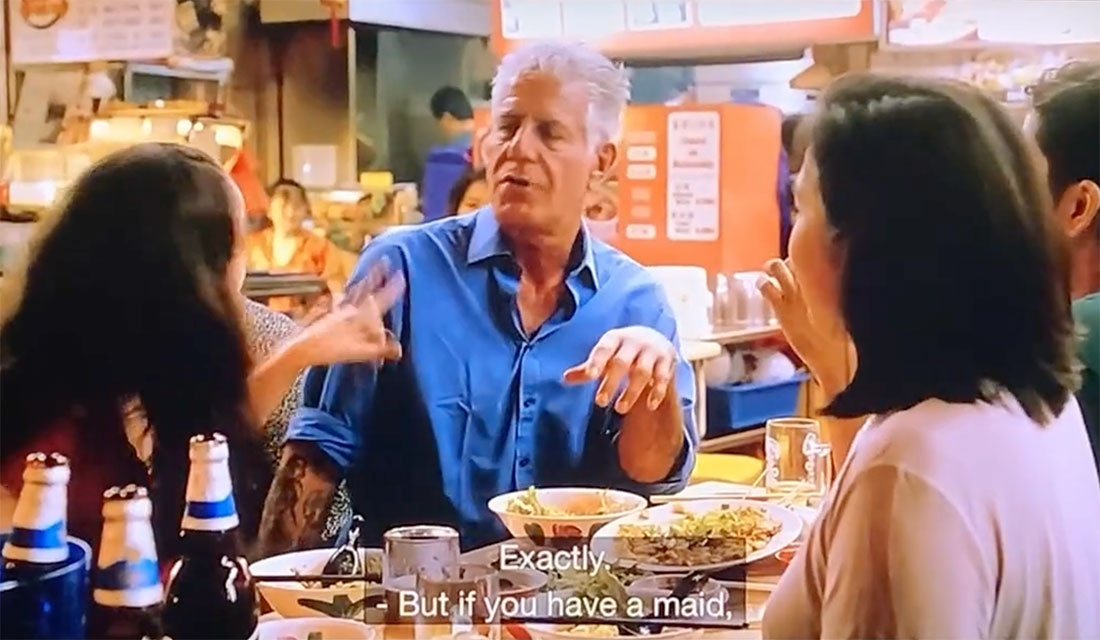 An old footage from 2017 of the late celebrity chef Anthony Bourdain has gone viral on Twitter for his interaction with 3 seemingly 'atas' Singaporeans.

I don’t understand how some people don’t do their own laundry, wash their own dishes, and basic cleaning necessities https://t.co/nBLR4aGE5N

Tanya said: "I think you will find…if you look at Singapore, a lot of women in the workforce."

"And the reason why that is so is because everybody's got a maid looking after their child at home. So maids are kind of like the opiate of the masses," she added.

Bourdain asks what are "maids", and she clarifies that she means "domestic helpers".

She said, "It frees you up, but it also means that I - my husband now, he doesn't know how to serve himself water."

"But an opiate gives you (a) slothful and laying home," Bourdain says, to which the Tanya agrees.

"But if you have a maid, you're saying it frees you up to join the workforce," Bourdain says.

The others laugh as she adds that her husband gestures for water and waits for it to be served to him. Bourdain asks if the first woman does laundry, and she says no.

Bourdain then asks if "anyone here" knows how to do laundry.

The women say they know how to do it, in theory, while Sudhir adds that the guys in Singapore know how, as they served two years of military (national) service.

Bourdain adds that the women are "pampered" while Melanie says he is being mean.

Sudhir then defensively asks Bourdain when was the last time he did laundry, to which the famed chef replies, "four days ago", to the disbelief of the other three with Melanie sarcastically asking if Bourdain got his "butler" to do it.

He explained that he lives on his own in New York, and he enjoys doing laundry as it leaves him feeling satisfied and self-reliant.

"You're living off the labour of a repressed underclass"

When Sudhir comments that it's "therapeutic", Bourdain explains: "No, no. I want to tell you, I want to like go out and join the Communist Party. It's like bourgeois, man. You're living off the labour of a repressed underclass. I want to start my own cell."

He waits a moment before saying, "I'm just fucking with you," which elicits laughter from the others. 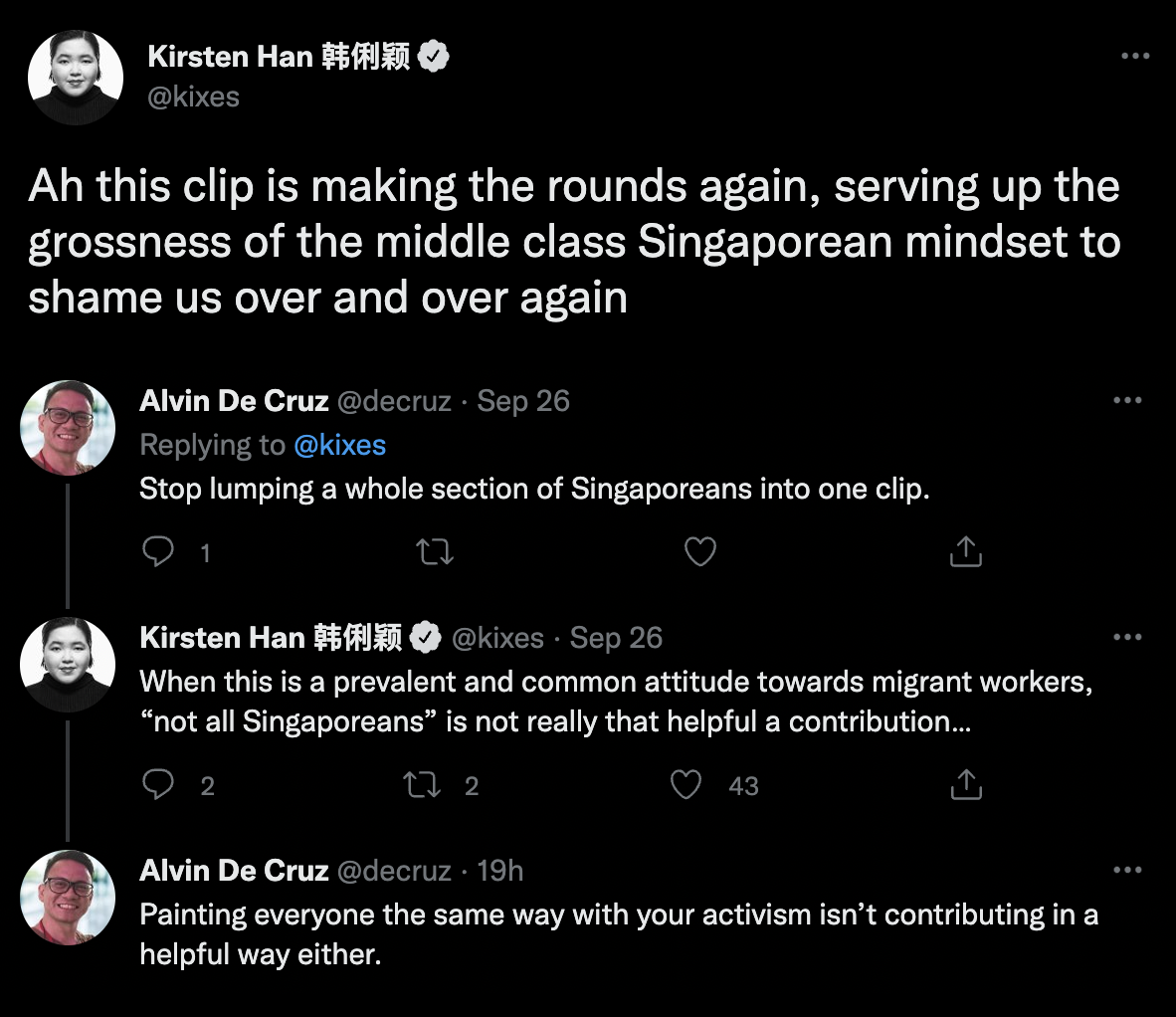 The full episode can be found on YouTube here.