Hell hath no fury like an unvaccinated anti-vaccine enthusiast.

A vocal anti-vaxxer may be in hot soup for carrying out a harassment campaign targeting the national health hotlines.

Music director Iris Koh, 45, in her Telegram channel "Healing The Divide", called upon her subscribers to call the hotlines of the Ministry of Health, the Ministry of Social and Family Development, and the National Care Hotline to "give feedback" and "flood their hotlines" over the government's latest vaccination-differentiated safe management measures. 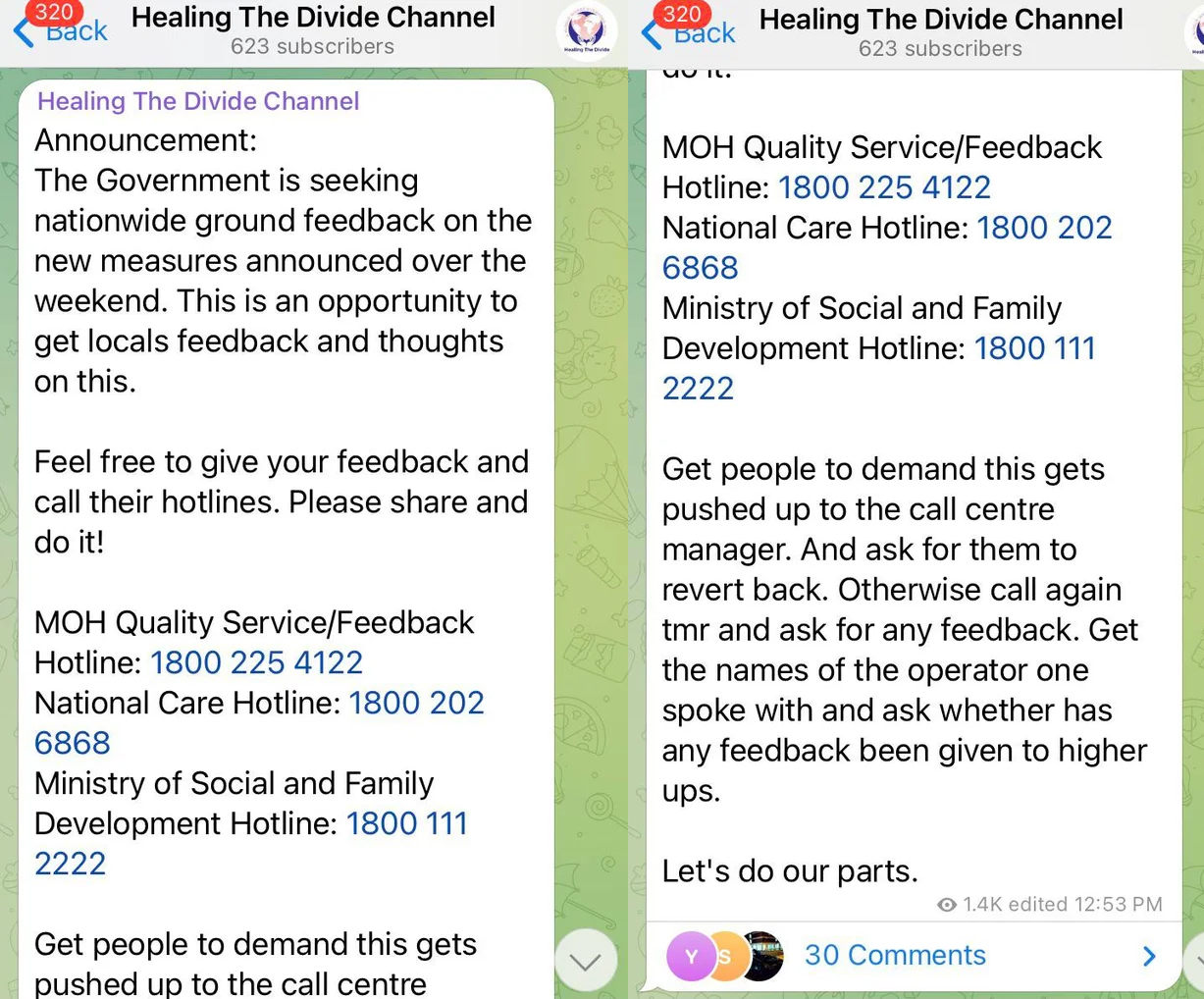 In her Telegram broadcast, she falsely claimed that the government was "seeking nationwide ground feedback" about the new measures.

There are currently no such government initiatives.

Netizens were not impressed: 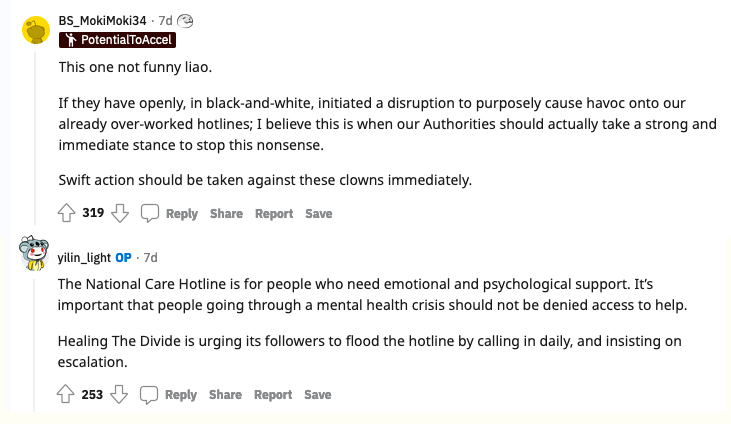 Action can be taken against those who flood govt hotlines, incite others to do so: Ministries

The authorities will not hesitate to take action against people who disrupt essential call centre operations or encourage others to do so.

This includes those who call the National Care Hotline and other government phone lines “with the intention of overwhelming and disrupting” such operations.

“The incitement and carrying out of actions that aim to disrupt any essential call centre operations is illegal,” said the ministries of Health and Social and Family Development, in response to queries from The Straits Times.

“We take this matter very seriously, and will not hesitate to work with the police and enforcement agencies to take action where necessary.”

Iris: Nothing wrong with what I did

According to the Straits Times, Iris said she was overwhelmed when several hundred people joined the group after stricter measures were announced, and many of them asked her for help as they were confused about the measures.

She said: “Asking people to flood the call centre for no genuine reason is wrong.

“I gave the numbers because I felt they would be better equipped to deal with the inquiries which I don’t have the answers for.”

She added that she is consolidating feedback from group members to share with the authorities.

In September 2021, Iris implied in a Facebook postthat the health authorities were hiding vaccine-related deaths from their official data. In the post, she claimed she knew of "3 deaths personally" - not including her brain.

In July 2021, Iris started an online petition titled "Do not let vaccination status divide us."

In the petition, she disagreed with the implementation of the new vaccination-differentiated measures that allows different levels of access and rules for the vaxxed and non-vaxxed in public areas.

About 15,000 other Iris (the Singapore equivalent of a Karen) have signed.