A group of teens were seen celebrating the suspension of an SMRT staff member who shoved a skateboarder at Esplanade MRT station last Friday evening (Aug 20).

The skateboarder who was pushed is believed to be the teen in a red checkered shirt in the undated video seen here.

A report has been made over the incident, and the employee is assisting the Public Transport Security Command in investigations, said SMRT in a Facebook post on Saturday (Aug 21).

The unidentified SMRT staff received overwhelming support by netizens on Facebook after news of his suspension broke out. 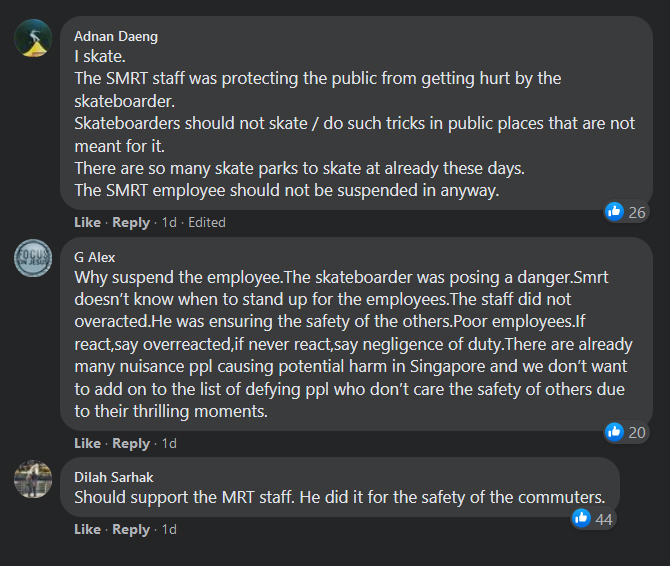 Addressing the video, SMRT wrote on Facebook that they were aware of the incident, which took place on Aug. 20 at about 10:25pm.

"A station staff saw the person skateboarding within the station and told him that skateboarding is not permitted within station premises for the safety of commuters," said SMRT in its post on Saturday.

"We are sorry that our staff overreacted," said SMRT. "He has been suspended from duties and will be supporting investigations."

In response to CNA's queries, the police said they are looking into a case of criminal force, adding that a 36-year-old man is assisting in investigations.