Singapore parliament to debate gay sex and definition of marriage 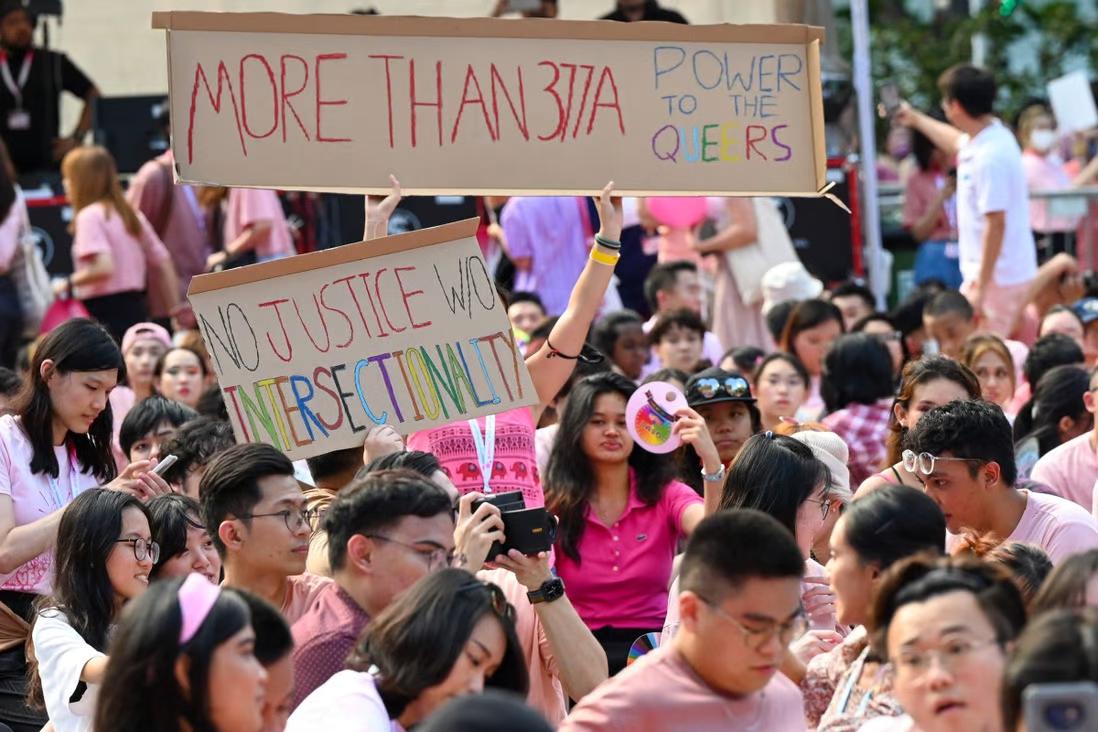 Debate on gay sex and the protection of the status quo position on marriage will commence on November 28 in the Singapore parliament, and put to a vote separately.

On Thursday (Oct 20), Home Affairs and Law Minister K Shanmugam tabled the Penal Code (Amendment) Bill to repeal Section 377A, while Minister for Social and Family Development Masagos Zulkifli introduced the Constitution of the Republic of Singapore (Amendment No. 3) Bill to amend the Constitution.

“Most people accept that a person’s sexual orientation and behaviour is a private and personal matter, and that sex between men should not be a criminal offence,” he had said in the rally.

Section 377A was first introduced in the then colony in 1871. In 1938, the colonial government put in place Section 377A criminalising sex between men following reports of homosexual relations between European men and Asian male prostitutes.

Article 156: Protecting the definition of marriage

In order to maintain current family and social norms to appeal to the wider conservative Singaporeans, constitutional amendments will be made to protect the current definition of marriage.

The constitutional amendment, tabled by Minister for Social and Family Development Masagos Zulkifli, will introduce a new Article 156 (Institution of Marriage) clause to the Constitution.

Article 156 is drafted in two parts:

How is marriage legally defined in Singapore?

The current legal definition of marriage is found in provisions in the Women’s Charter.

One of the aims of the Women’s Charter is “to provide for monogamous marriages”. The Interpretation Act defines a monogamous marriage as one “recognised by the law of the place where it is contracted as a voluntary union of one man and one woman to the exclusion of all others during the continuance of the marriage”.

The Women’s Charter adds further details. The most pertinent to the debate on Section 377A is Section 12(1): “A marriage solemnised in Singapore or elsewhere between persons who, at the date of the marriage, are not respectively male and female is void.”

Early this year, market research firm Ipsos polled 500 people on the topic of Section 377A of the Penal Code and found that 44 per cent of respondents support the law.

In a widely circulated WhatsApp message addressed to church leaders, a pastor from a local Christian church said that a constitutional clause referencing the current definition of marriage was likely in order to “balance” a possible repeal of Section 377A.

People who attended an event billed as the Protect Singapore Townhall have also spoken out against Section 377A being repealed, unless and until there are “adequate safeguards” to protect marriages, which include enshrining man-woman marriages in the Constitution. More than 1,200 people showed up at the townhall, which was held on Jul 23.

Government moving on with the times while not leaving traditionalists behind

While there are growing support within the society to repeal 377A, the Government is cognizant of the fact that Singaporeans are by far and large still a conservative society that conforms to traditional, heterosexual family values.

“Most people accept that a person’s sexual orientation and behaviour is a private matter, and that sex between men should not be a criminal offence,” said the joint statement by the Ministry of Home Affairs and Ministry of Social and Family Development.

“The government supports this view, and has affirmed that it will uphold the current heterosexual definition of marriage and the family structure that arises from it,” the statement said.

Law and Home Affairs Minister K. Shanmugam had earlier said that political parties or groups who wanted to challenge the definition of marriage and fight for same-sex marriage could do so.

“They will have to put that in their manifesto, fight elections, get a majority and then change the definition of marriage,” he told local media.