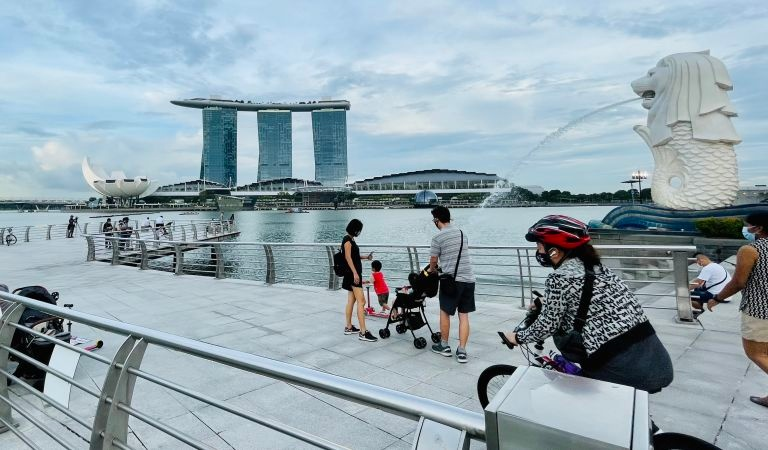 Singapore’s approach to running its economy, which is being open to the world, “has not and will not change”, said Health Minister Ong Ye Kung on Friday (Aug 20).

This means it still welcomes, facilitates and protects foreign investments. It will also continue to complement its local workforce with foreign talent, and work to fortify and expand its network of free trade agreements, he said.

He was addressing members of the European Chamber of Commerce (EuroCham) in Singapore in a speech in which he assured his audience of the Republic's continued commitment to staying open to the world.

No room for far-right populist politics in Singapore

“We are too small to survive on our own and we must tap into global markets,” Mr Ong said.

"In Singapore, there have been attempts to use free trade agreements... to whip up anti-foreigner sentiments and seed xenophobia in our society," the minister said.

He and other Cabinet ministers have taken to Parliament to defend such agreements, as openness is a fundamental value for the ruling party, he said.

But he also acknowledged the downsides of globalisation, including heightened competition from foreign manpower and the over-concentration of foreigners in certain sectors or firms.

"We will deal robustly with these problems. If we don't, resentments will grow, and there will be fertile ground for far-right populist politics to gather strength," Mr Ong added. "We are determined to never let such politics take root here."

With its extensive flight links to 160 cities, cosmopolitan workforce and strategic position in Asia, Singapore has long banked on its connectivity and reputation for openness to attract investments, jobs and tourism dollars that have buttressed its economy.

But this has been tested in Covid-19 times, with flight links, for instance, down to 70 as at end-May.

Already, fatigue is starting to set in as firms here grapple with the long-term impact of tight border controls and other restrictions that have severely affected Singapore's links to the rest of the world.

Foreign employees are unable to travel home as they fear not being allowed to return as a result of border controls, and this has taken a toll on their mental health. Disruptions to supply chains and business operations have also affected cash flow, leading to investments being put on pause.

Mr Ong noted that some countries or regions have adopted very tight border measures and have been very safe with low infection numbers. But it is difficult to sustain this for a prolonged period as people will get tired of the frequent lockdowns and travel bans.

“While there were many inconveniences due to social restrictions, by and large, life could carry on normally,” he added, noting that schools stayed opened, while restaurants and attractions operated most of the time.

“More importantly, our hospitals were never overwhelmed and we had relatively few deaths. However, our border controls were quite strict and were further tightened during periods when local infections spiked.

“So there is no country or region in the world that has been both free of restrictions and safe from COVID-19. Singapore has to weigh carefully between preserving lives and livelihoods,” said Mr Ong.

“That is why we took the measures we did, including painful ones, so as to keep the country safe from COVID-19. If we had opened up recklessly, then we would not be Singapore anymore," he added.

Towards the end of his speech, Mr Ong said Singapore is “in a new position” today due to the population coming forward “in big numbers” to get vaccinated. This came about due to a “strong trust amongst people and between people and Government”, he said.

He also thanked the country’s foreign partners for “bearing up with all the inconveniences and heartaches” of the past 18 months, and hoped that they continue to work with the Government as Singapore transits to becoming a "COVID-19 resilient nation".