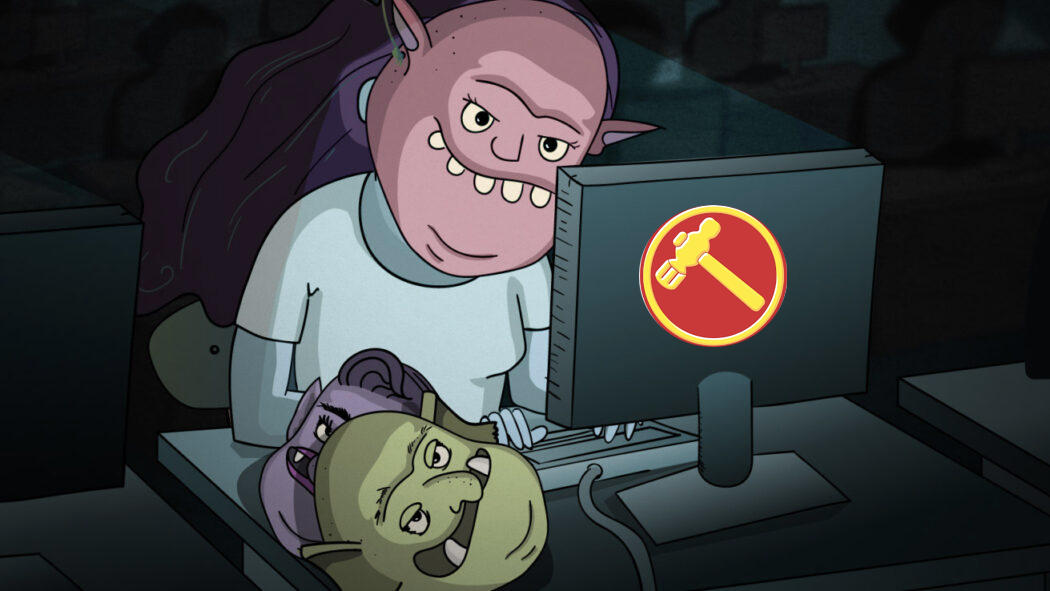 The term "internet brigade" (IB) or "web brigade" as it's more commonly known was supposedly first coined in 2003 by Russian researchers who were looking into state-sponsored propaganda troll farms linked to the Russian government between the late 90s and early-2000s.

At the time, new types of companies started to spring up in Russia – partially or wholly dependent on the government, offering services for companies, central and regional institutions, and local governments. Their services consisted of taking care for their clients’ positive public image through artificial online activities – often including slandering the clients’ competitors and critics.

In Singapore, the People's Action Party (PAP) surprisingly acknowledged the presence of a party-sanctioned internet brigade in 2007 as seen in a newspaper clipping from the Straits Times (ST).

According to the ST article, the initiative was driven by two sub-committees of the PAP's "new media" committee chaired by then Manpower Minister Ng Eng Hen. Some 20 IT-savvy party activists formed the first batch of the "brigade". 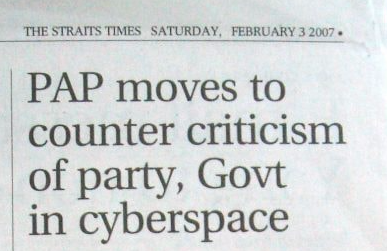 Singapore's leading opposition party - the Workers' Party (WP) - also runs their own propaganda outfit led by their more IT-savvy members as well as volunteer Singaporeans empathetic to WP's cause - albeit a secret under wraps.

According to Fathership's investigation, the WP IB is a youth-led committee that mounts counter-insurgency narratives against online critics.

The committee itself seeks counsel from a local creative agency and public relations professionals that are tasked on a retainer basis to plan and coordinate the messaging.

The online narratives itself are guided by a preset "brand" tone of voice and suggested template responses to opposing comments in social media.

The tactics employed by WP IB are two-pronged: first, a collaborative-based approach to amplify the party's narratives. These are done in partnership - officially and unofficially* - with various internet and social media commentators, including grassroots members and known opposition 'influencer' websites such as Wake Up Singapore.

*Unofficially means that some of the commentators that were engaged do not know that their tasks were actually sanctioned by WP.

Second, a task-based 'black ops' operations that gives WP the leeway for 'plausible deniability' should the situation arise.

IB activists or 'operators' engaged in questionable counter-insurgency dealings are only known to a few party members and to a certain extent, the publicist engaged by WP.

WP's IB also employ a 'dark social' strategy where narratives including disinformation tactics are disseminated in Mandarin and English via Whatsapp and Telegram channels, the former of which are targeted at the Chinese demographic aged 45 and up - the bulk of whom forms WP's supporters.

Example of some tactics used: 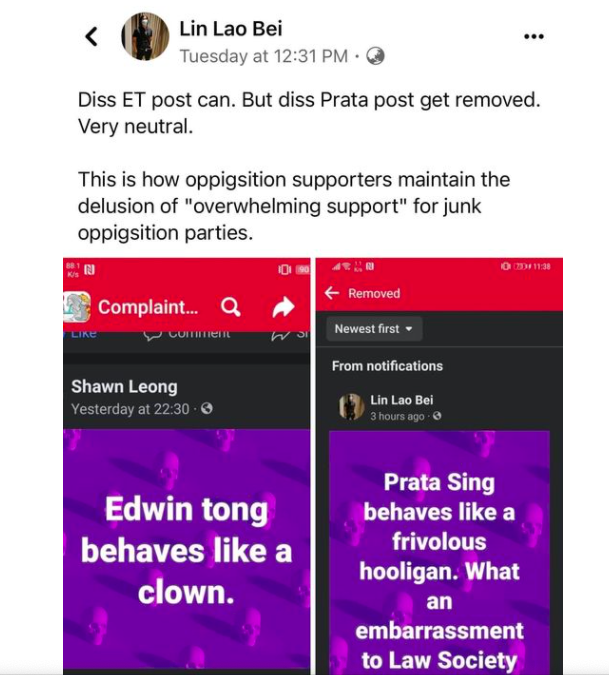 Some of the known playgrounds by WP IB operators where narratives are disseminated:

Online activities by WP IB have escalated since the start of the Committee of Privileges (COP) scrutiny into WP's party leaders and former MP Raeesah Khan's conduct.

Operators were tasked with 'flooding' the online space with disparaging comments against committee member Edwin Tong who was ostracized by opposition activists for drilling into WP's leader Pritam Singh, with the hope of deflecting the inconsistencies in the WP leader's shaky testimony on Raeesah Khan.

Wake Up Singapore - which is WP's answer to PAP's "Fabrications Against the PAP" IB page - has been particularly active throwing Raeesah Khan - a figure they were fanboys of previously - under the bus to protect the reputation of WP leaders.

In January 2012, a hacktivist group calling itself the Russian arm of Anonymous published a massive collection of emails detailing how members of the "brigades" were paid 85 rubles (about US$3) or more per comment, depending on whether the comment received replies. Some were paid as much as 600,000 roubles (about US$21,000) for leaving hundreds of comments on negative press articles on the internet, and were presented with iPads. A number of high-profile bloggers were also mentioned as being paid for promoting Russian government activities.

Kremlin-linked Internet brigades took upon themselves to do more than just write comments on forums and social media; they started to write blogs with pro-Kremlin propaganda and artificially boost the ratings of pro-Kremlin media materials.

In Singapore, the battle of PAP IBs and WP IBs continue. Who will win?

The men in white or the men in blue?