The decorations featured a standee created from a photograph cutout of a Malay couple dressed in traditional Malay garb alongside a decorative platform and banner depicting Mr Melvin Yong, MP for Radin Mas, and his Hari Raya wishes for residents.

The Malay couple has since been identified as Sarah Bagharib and her husband Razif Abdullah.

According to Sarah, neither the photographer - nor she and her husband - had been approached to give consent for its use. 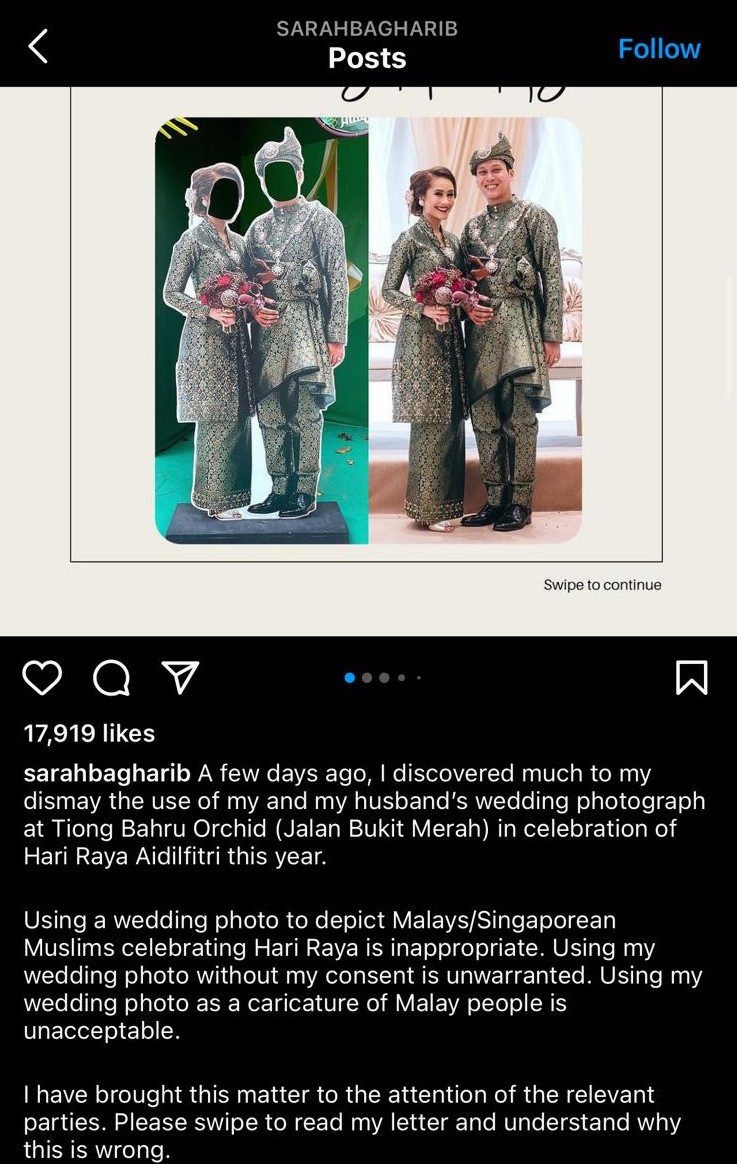 A day after Sarah's Instagram post (May 28), People's Association (PA) issued a public apology on their social media platforms.

A representative of Warabi Enterprise, the vendor that came up with the concept and design for the decorations also apologised. 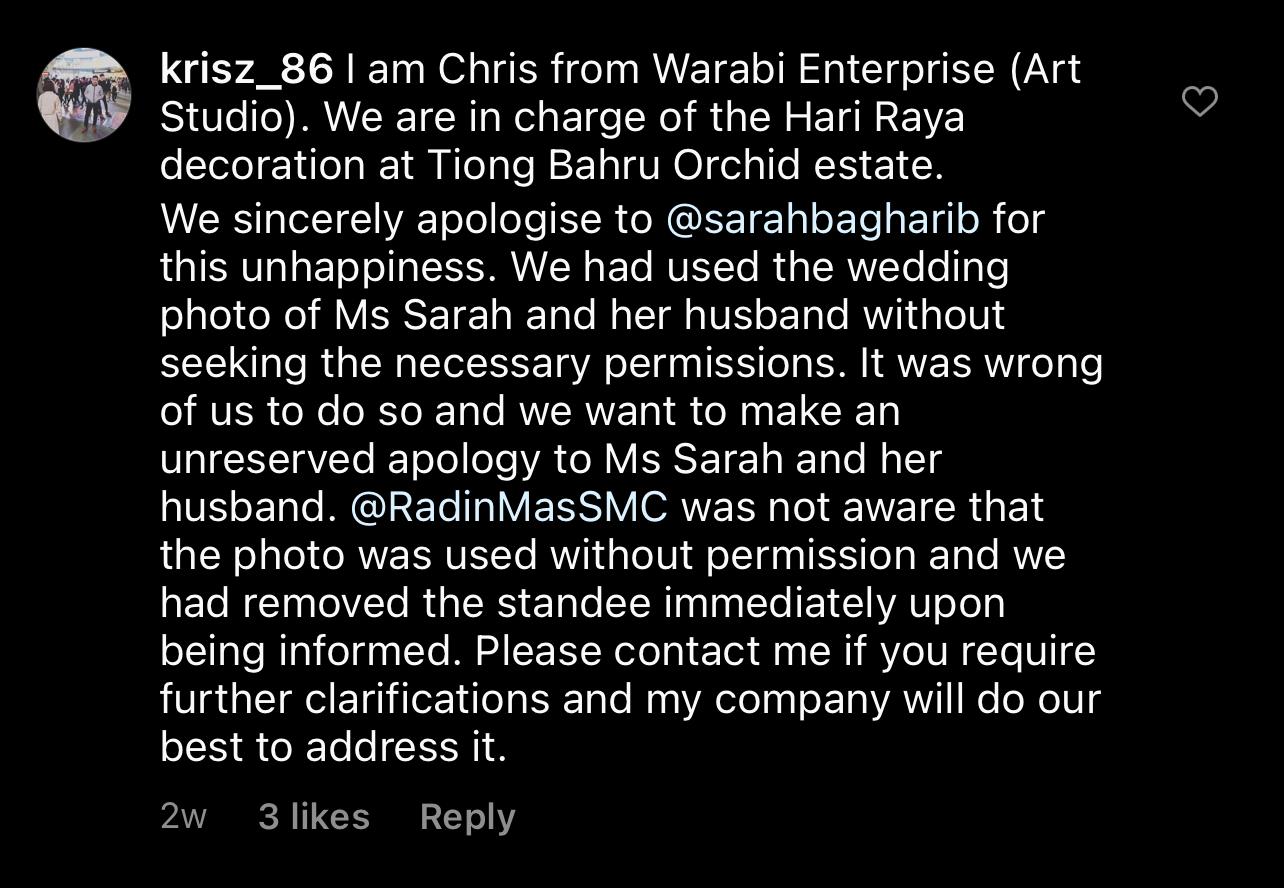 In response to PA, Sarah posted on Instagram the following day (Jun 1) that she acknowledge and appreciated the apology but felt it fell short on addressing the "larger issue affecting the wider Malay/Muslim community."

Sarah stressed that using their traditional Malay wedding for a Hari Raya Aidilfitri event at Tiong Bahru Orchid estate “reflects the superficial understanding of Malay/Singaporean Muslim culture” and was “inappropriate” given it was for an unrelated cultural event. Using my wedding photo as a caricature of Malay people is unacceptable,” she added. 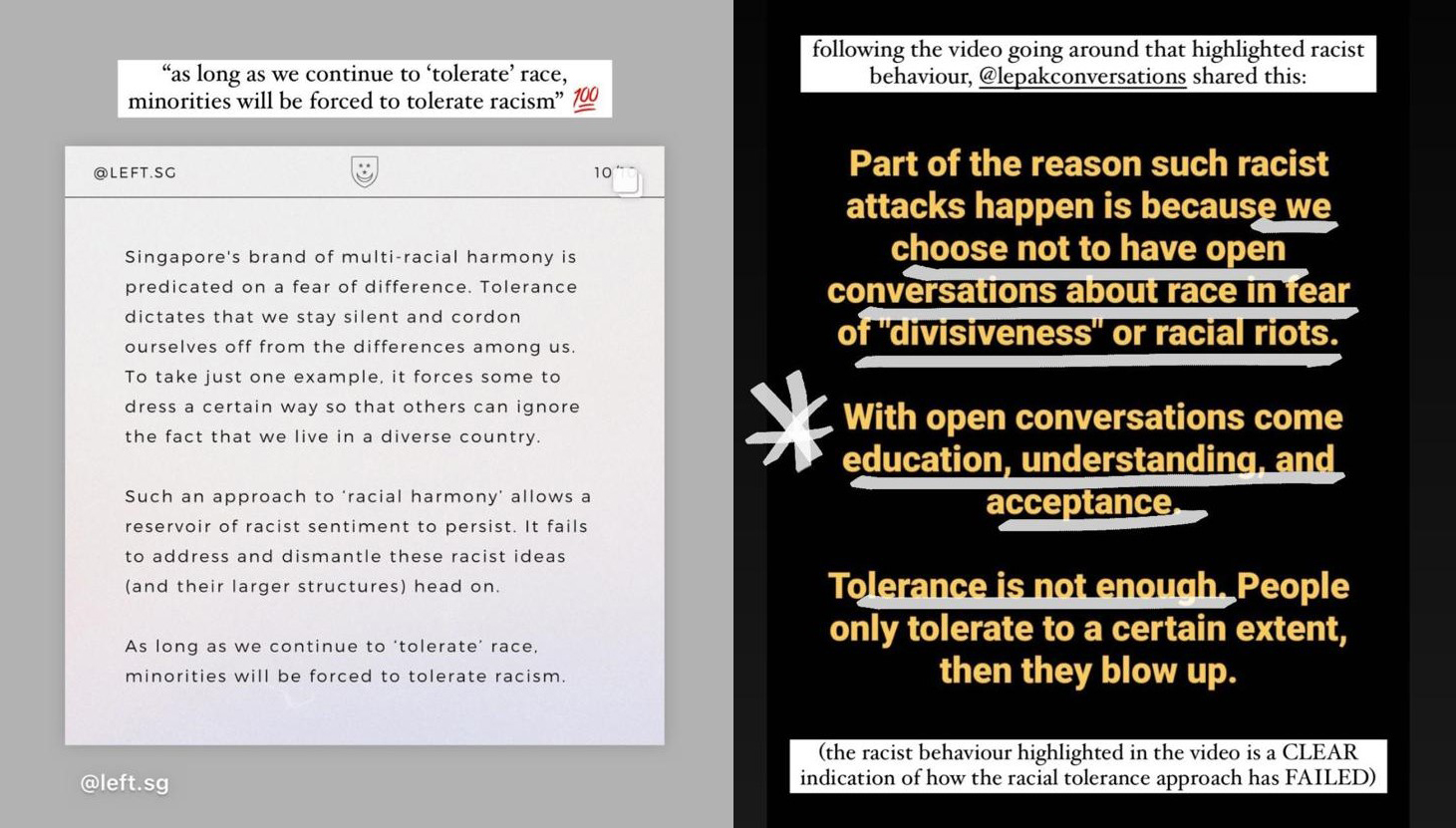 According to Sarah, the Chief Executive Director of PA and Radin Mas MP Melvin Yong offered to meet with her which she accepted.

However, Sarah saw it as an opportunity raise the problem of cultural insensitivities instead with the hope of engaging political leaders on issues concerning minority representation.

In wanting to address the perceived gap in cultural insensitivities on the part of PA, Sarah sought the following objectives:

Sarah also took it upon herself to canvas suggestions from her readers on what can be done to effect "tangible change" to promote cultural sensitivity.

In a statement published on Facebook by PA today (Jun 14), PA had offered to meet with Sarah and her husband to apologise in person. PA also wanted to clarify their position and elaborate on steps taken to prevent such incidents from recurring, including hearing Sarah's suggestions on what can be improved.

However, PA felt that Sarah's Instagram postings stoke emotions and sentiments by framing the incident as racist.

While PA agreed that the issue at hand is culturally insensitive, they asserted that it was "certainly not racist".

Not wanting the meeting with Sarah to be appropriated as a platform to satiate her need for social justice crusade, PA rescinded on the offer to meet with her.

Cultural ignorance does not equate to racism

The Radin Mas incident was a result of cultural ignorance on the part of those involved. However, ignorance of cultural sensitivies does not necessarily mean that racism is at play. 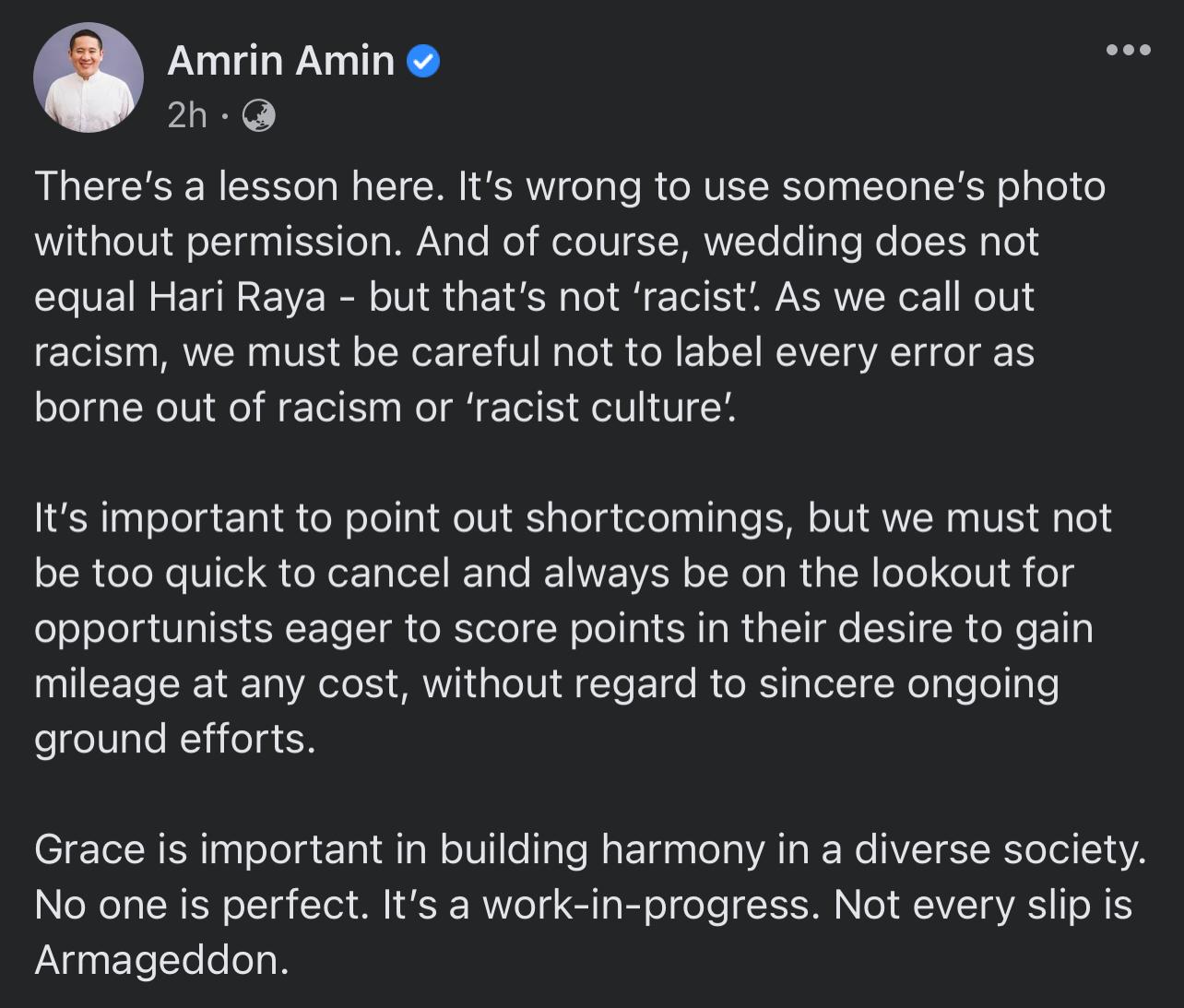 Sarah has responded to PA's latest statement. Read it here.