Lim Tean on Monday (Sep 13) published a reply letter to the Infocomm Media Development Authority (IMDA) accusing them of "hypocrisy" and "inconsistency" for allowing foreign commentators such as the Critical Spectator to comment on Singapore's domestic affairs.

For context, Lim Tean alluded to the Foreign Interference (Countermeasures) Bill, which was introduced in Parliament yesterday (Sep 13). The proposed law will give the authorities new powers to counter foreign attemps to influence domestic politics, incite social tensions or sway key national decisions. 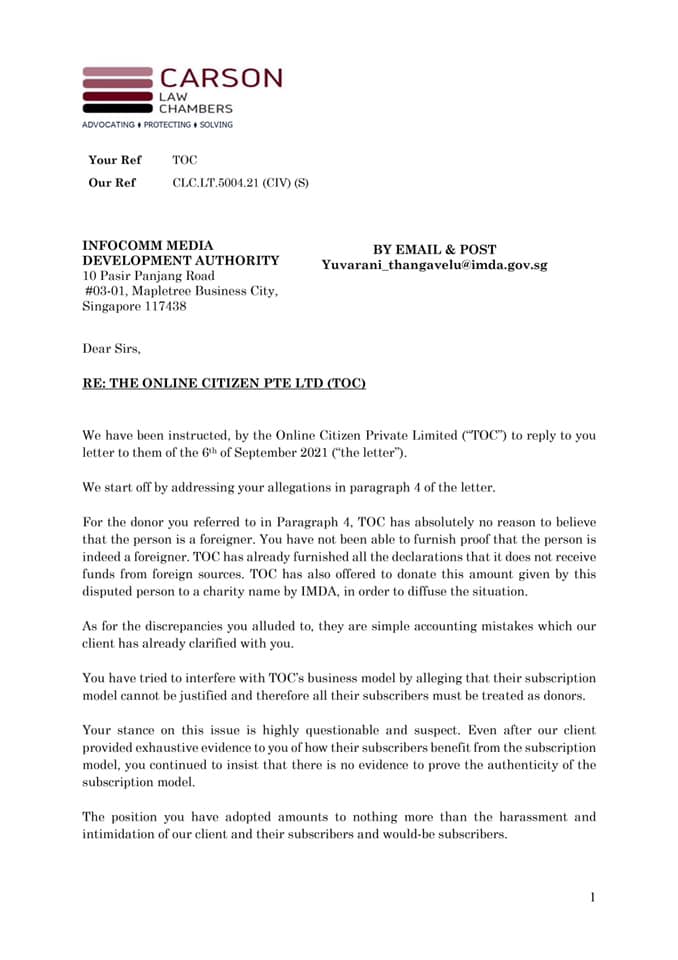 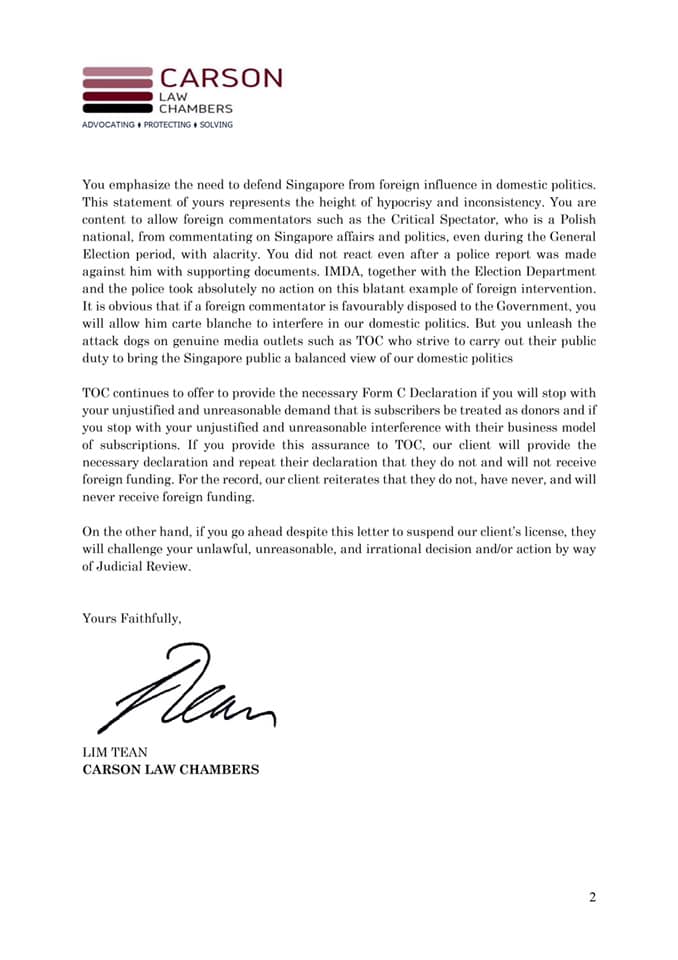 According to Lim Tean, he accused the Government of allowing favourable foreign commentators such as Critical Spectator "carte blanche to interfere" in Singapore's domestic politics.

However, Lim Tean alleged that the same treatment is not extended to "genuine media outlets such as TOC who strive to carry out their public duty to bring the Singapore public a balanced view of our domestic politics."

In bringing up Critical Spectator as an example, Lim Tean has unknowingly revealed his lack of understanding of the proposed law.

For starters, the provisions in the proposed law "do not apply to foreign individuals or foreign publications reporting or commenting on Singapore poiltics, in an open, transparent and attributable way, even if their comments may be critical of Singapore or the Government," MHA said.

Who is transparent, open and attributable?

Critical Spectator author Michael Petraeus has been transparent about his identity. Articles published on the site are attributable directly to him and he makes no qualms about his status as a foreigner commenting on Singapore affairs - which is in itself a non-issue in the proposed law.

Michael's blog is no different from other foreign publications such as Reuters and South China Morning Post which regularly comments on Singapore's domestic affairs.

TOC's chief editor Terry Xu on the other hand has previously tried to conceal the fact that he hired Malaysian writers who uses pseudonyms to write critically about Singapore.

The use of pseudonyms was an elaborated ploy by Terry to diguise foreign writers as Singaporeans until he was exposed by an online vigilante group.

In addition, TOC's refusal to disclose the source of its donations puts into question how transparent TOC is.

It's not a crime to criticise the government

The proposed law "do not apply to Singaporeans expressing their own views on political matters, unless they are agents of a foreign principal. Singaporeans have the right to discuss politics,” MHA said.

What becomes unlawful is when foreign agents use Singaporeans to curry favours and push their foreign agenda.

For example, in the 1980s, the First Secretary of the United States (US) Embassy in Singapore, Hank Hendrickson, cultivated a group of Singaporean lawyers to join opposition politics and contest the 1988 General Election. The lawyers were offered funding, and one of them, Francis Seow, was even offered refuge in the US should he subsequently run into difficulties with the Singapore Government (he was eventually conferred US citizenship).

As a lawyer, Lim Tean is expected to be able to discern between what is lawful and what is not.

Unfortunately, this article has neither the time nor the crayons to explain it to him.