In a letter dated April 26th and addressed to PSP Secretary-General Francis Yuen, Terrence said he has "no choice but to resign from PSP in order to secure a brighter future" for his "very young family".

Terrence, a SIA pilot will be relocating overseas with his family to take up the job offer.

According to Fathership's source, Terence may have been unhappy with his exclusion from PSP's Central Executive Committee (CEC).

PSP last month (Mar 28) elected 12-members into its CEC amid rumours of infighting within the party.

Terence, although the Head of PSP's Youth Wing, was not elected to be part of the CEC.

Asked about the rumours, Non-Constituency Member of Parliament (NCMP) Leong Mun Wai said: “As you can see at the elections today, there are no troublesome events so the unity of the party is not in question at all.

“It’s just that there are some opinions and all that, so a democratic process would allow that.”

Pressed if this meant the allegations were false, Mr Leong would only say that the rumours “won’t have a substantial impact”. 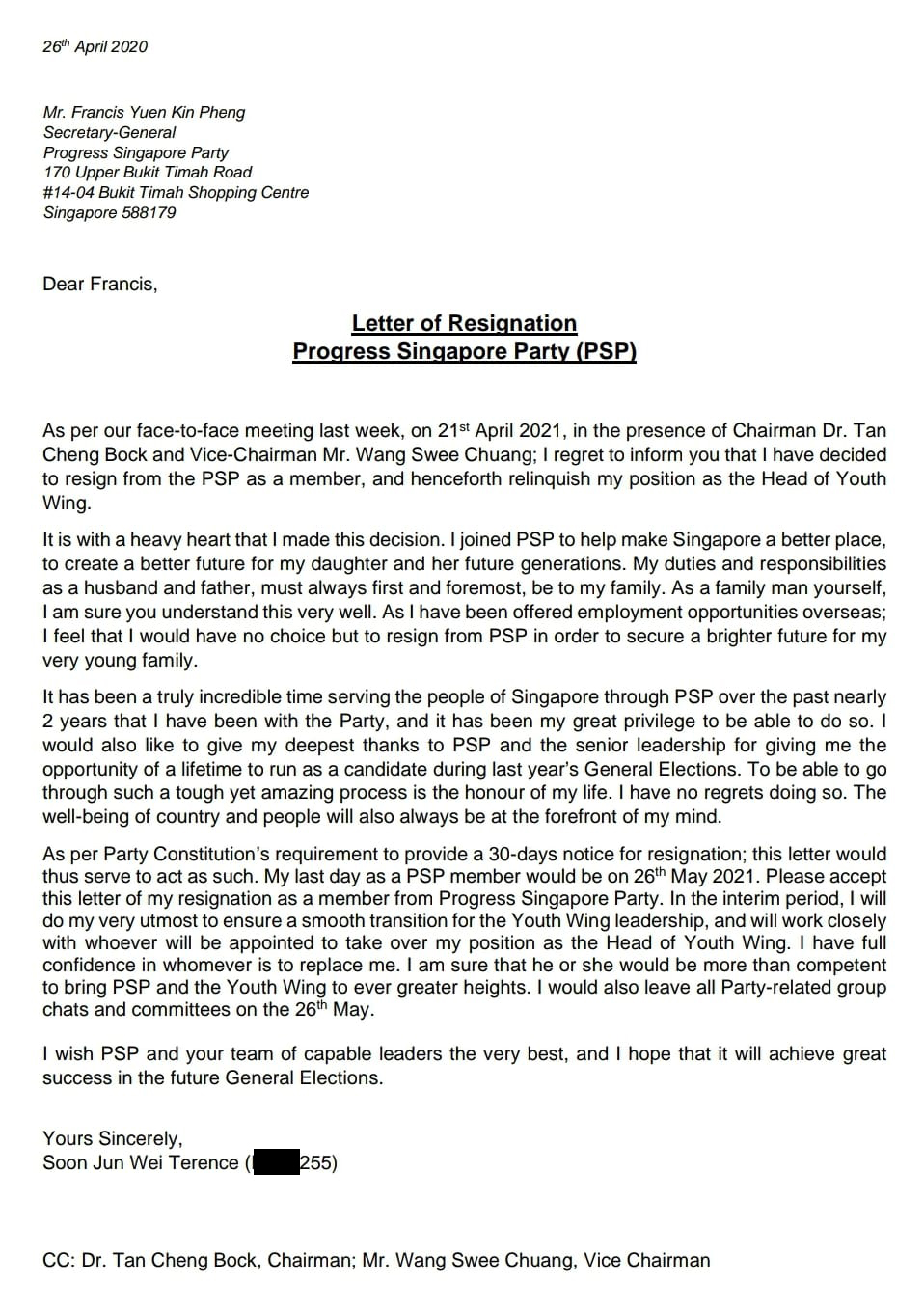