The man behind an open letter calling for vaccination of children to be halted is also the author behind several Facebook posts that made incendiary comments against Islam and the Prophet Muhammad.

Dr Kho was part of a group of five medical professionals that wanted the Government to have a "short delay" of a few weeks in administering Singapore's "massive" and "most aggressive mRNA programme" for boys in the world, to allow more "high quality data" on the possible fatal effects of mRNA vaccines in youth to emerge from the US Centers for Disease Control and Prevention (CDC) or other global bodies.

The individuals were referring to CDC's investigations into the death of a 13-year-old boy there. The child died following his second dose of mRNA vaccination. 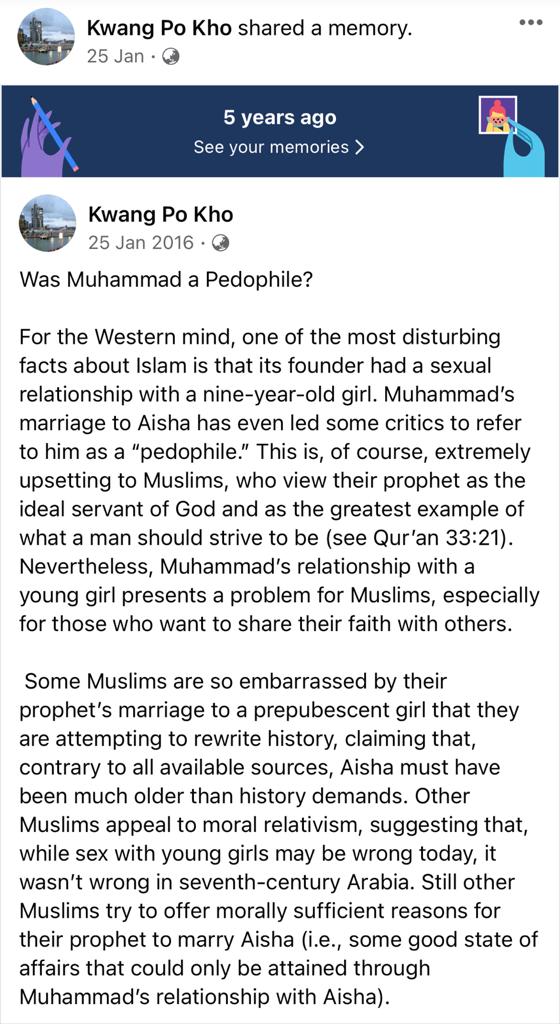 In another post in 2019, he called the Prophet a puppet of "Allah". 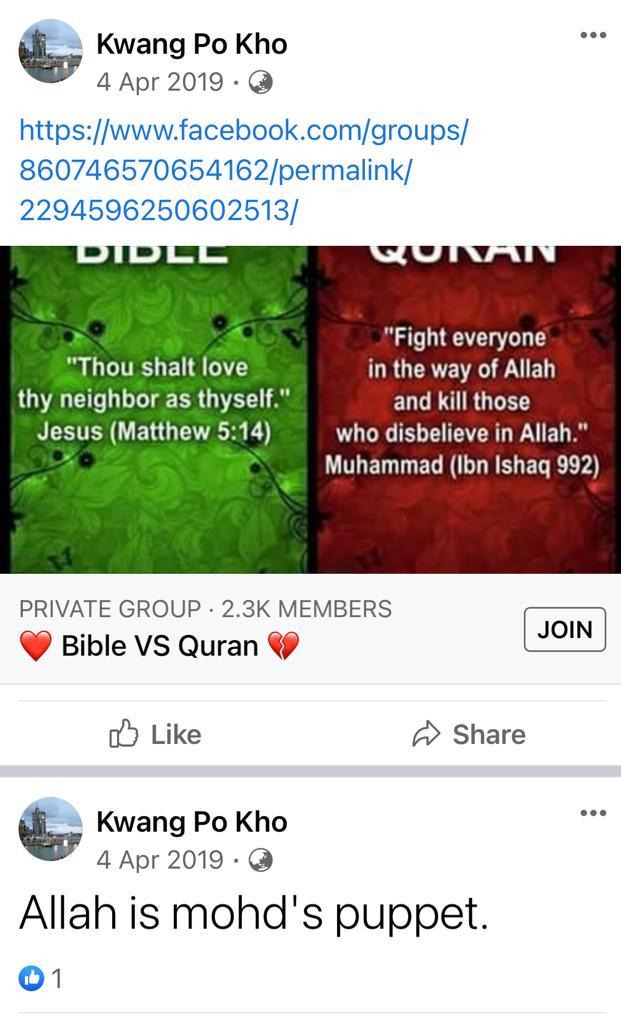 Most recently in November last year and February this year, he alluded to Islam as a religion of violence. 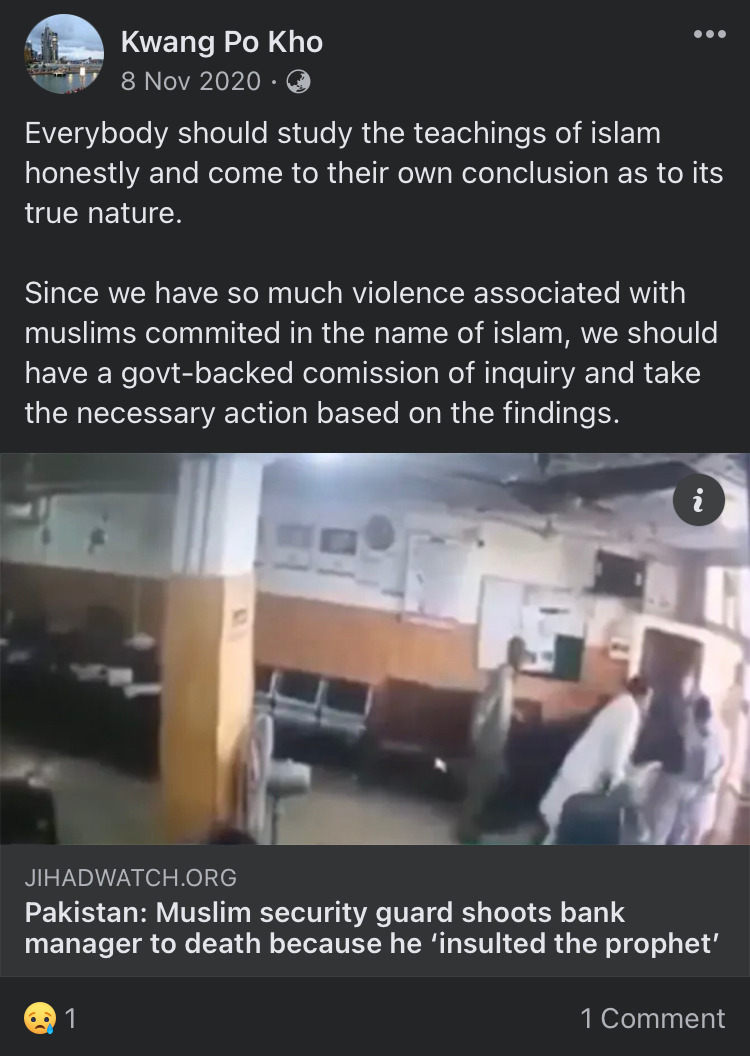 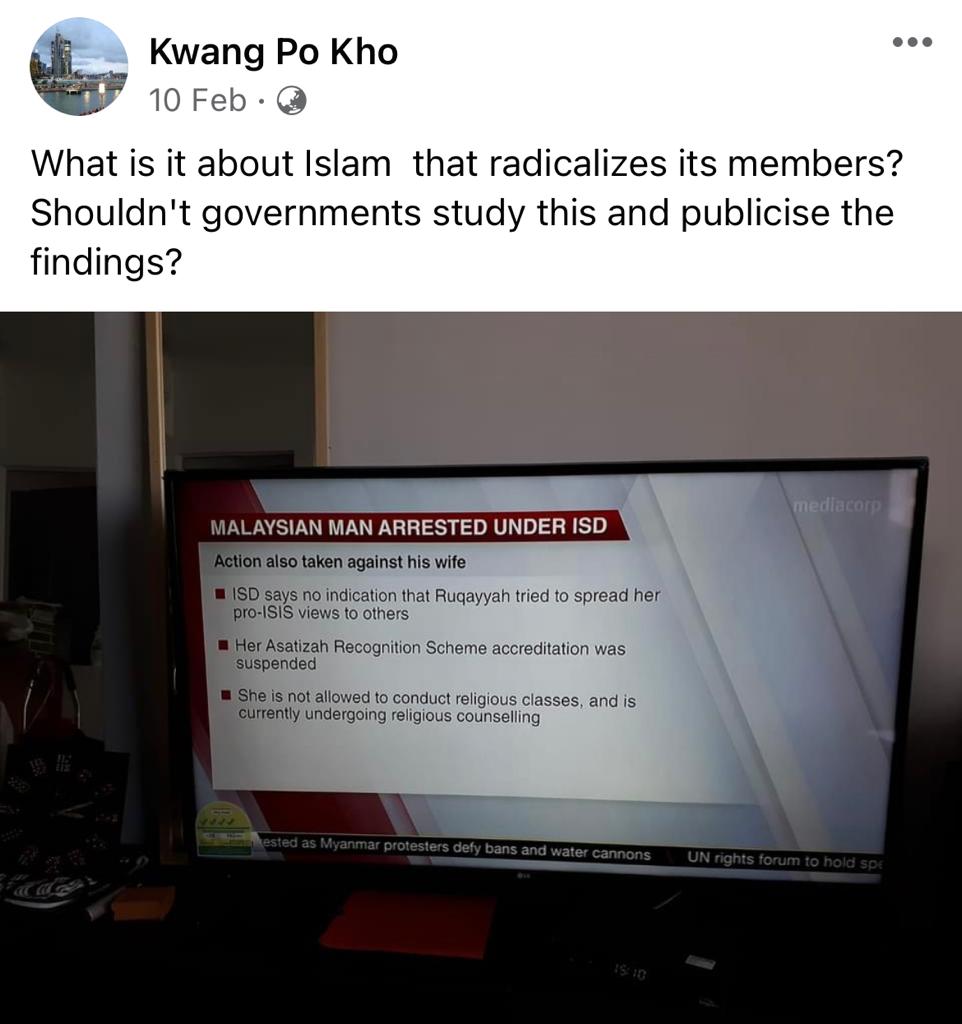 It is not known if police reports have been made against Dr Kho.

The new letter that circulated over the weekend and is published on the Facebook page of Dr Kho was also undersigned by Dr Wong Wui Min, a cardiologist and heart specialist at WM Wong Cardiac and Medical Clinic in Gleneagles Hospital.

Dr Kho's medical registration could not be found in public records.

Much of Dr Kho's background is not known and his credibility is now being questioned.

Dr Kho was also part of a group of 12 doctors who wrote an open letter addressing parents and asking them to carefully consider before choosing messenger ribonucleic acid (mRNA) Covid-19 vaccination for their children.

Subsequently, 11 out of 12 doctors who signed this letter retracted their signatures.