A netizen has gone the distance to analyse audio and text transcripts of Workers' Party MP Raeesah Khan's apology in Parliament.

Raeesah is at the center of a controversy where she admitted to lying in parliament about a sexual assault case.

The transcripts were then exported to an Excel sheet where it was color-coded in order of Raeesah's self-importance. 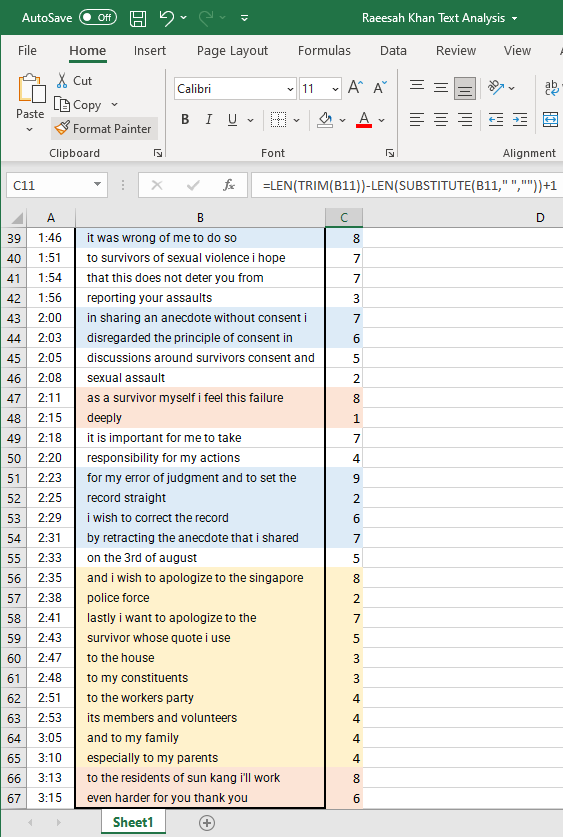 Ivan said: "I then color-coded the various sections of her “apology” speech based on what the key subject of the phrase or sentence was. I identified three core subject categories in her speech: (i) her own experiences or aspirations, (ii) admitting to wrongdoing (lying about the rape story, and breaching the privacy of the alleged victim), and (iii) apologizing."

"I tabulated what percentage of her words, as well as time spent was allocated across these different topics. The column labelled “Content” is a blended average of both time and words as a share of the overall speech", he added. 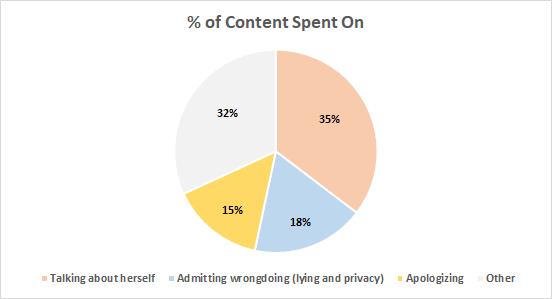 According to Ivan's analysis, Raeesah spent over a third of her speech (35%) talking about herself.

In particular, claiming and highlighting her own victimhood as a “survivor” of sexual assault, and also pleading with her voters to give her a second chance.

Admission of wrongdoing about fabricating the rape story, her non-existent involvement in assisting the mystery rape survivor, and the alleged police misconduct — accounted for only about half (18%) of the time she spent talking about herself.

About the same amount of breath was spent apologizing (15%).

Saying sorry to the police she accused falsely of misconduct, and the survivor whose story she used without prior consent was only about 7.5% of her overall speech.