China and Russia seizes on Taliban victory after US exit 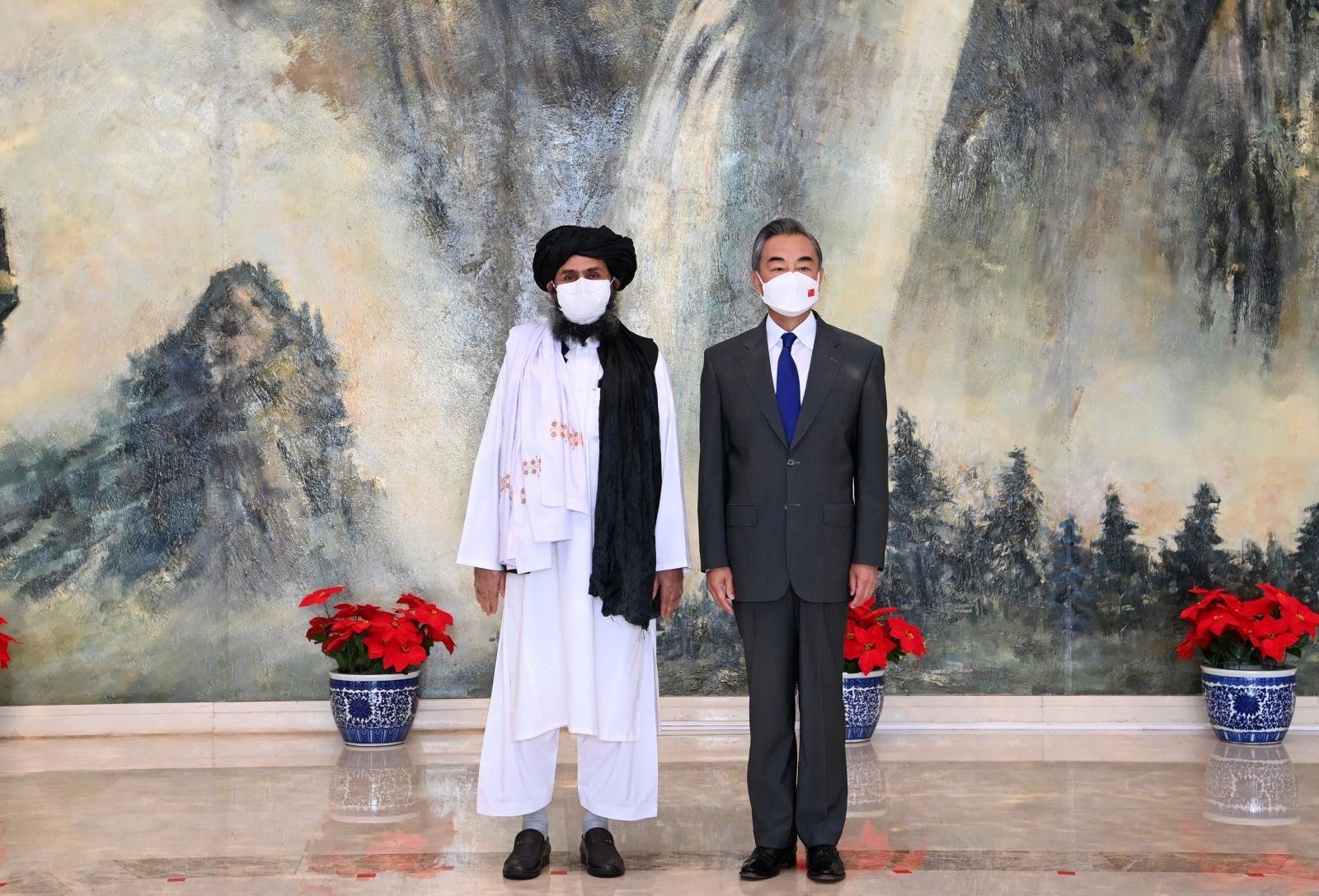 The Taliban declared the war in Afghanistan over after it retook the capital, Kabul, with little resistance on Sunday (Aug 15).

After two decades of the United States’ costly and bloody efforts to support the Afghan government, the Taliban has retaken control of the country in stunning fashion, posing new risks – and opportunities – for neighbouring China and Russia.

Despite the hasty evacuation of diplomatic staff and the closure of embassies by Western nations, China and Russia have chosen to keep theirs opened under the protection of the Taliban.

For Beijing, the Taliban’s rapid takeover of the capital Kabul and presidential palace on Monday raises fears that turmoil and instability could spill over into its highly sensitive, western Xinjiang region, and also hurt its strategic investments under the sweeping Belt and Road Initiative.

China shares a border with Afghanistan and invests in the country’s mining and energy sectors through projects like the Mes Aynak copper mine. The Chinese government invited a Taliban delegation to Beijing in July, calling the group "a crucial military and political force" in Afghanistan. 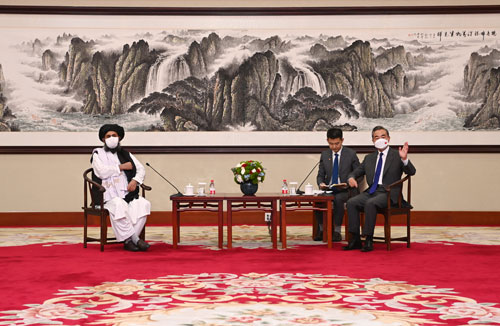 Hua Chunying, a spokesperson for China’s foreign ministry, said Monday (Aug 16) that China is ready to develop “friendly and cooperative” relations with neighboring Afghanistan and “respects the wishes and choices of the Afghan people.”

“Afghanistan’s Taliban has expressed many times a desire for good relations with China, with an expectation that China will take part in Afghanistan’s rebuilding and development process, and will not allow any forces to use Afghanistan’s soil to harm China,” she said. “We welcome this.”

Hua would not be drawn on whether Beijing would explicitly recognize the Taliban as leaders of Afghanistan—she said China respected the country’s sovereignty—and the country’s Kabul embassy remains fully staffed and operational, according to the South China Morning Post.

“For the Taliban, China is Afghanistan’s largest and most powerful neighbour, and they want to secure Chinese aid and investments because they know they will not be able to stay in power without economic development,” Du Youkang, a former diplomat and international affairs researcher at Shanghai’s Fudan University, said.

In an interview Monday, Russia’s presidential envoy to Afghanistan Zamir Kabulov said Moscow would not rush to recognize the Taliban and would make a decision based on the group’s actions.

Taliban forces have “taken the external perimeter of the Russian embassy under protection”, Kabulov said on Monday, and its Afghan ambassador, Dmitry Zhirnov, said Russia had a promise that “not a single hair will fall [from the heads] of Russian diplomats”.

The Russian ambassador is reportedly set to meet with the Taliban on Tuesday, AFP reported, and while some embassy staff have left the Afghan capital, Kabulov told Reuters they have not been evacuated and are taking vacation “while summer is not over.”

Afghanistan is a strategic location for Russia, which has a military base in neighboring Tajikistan.

Despite naming the Taliban a terrorist group, Russia appears ready to engage if it can ensure security for its own diplomats and prevent militants from launching assaults against its central Asian allies such as Uzbekistan and Tajikistan.

Speaking to Moscow's Ekho Moskvy radio station, Russia's ambassador to Afghanistan Dmitry Zhirnov said he had been impressed by the Taliban's conduct so far, describing their approach as "good, positive and business-like".

"The situation is peaceful and good and everything has calmed down in the city. The situation in Kabul now under the Taliban is better than it was under (President) Ashraf Ghani," said Zhirnov.

He said schools in Kabul, including those for girls, had started functioning again.

In the last month, Russia has held military drills with Uzbekistan and Tajikistan, as well as separate exercises with China, which were aimed at “demonstrating the determination and ability of Russia and China to fight terrorism”. The timing, as the Taliban raced to victory, was no coincidence.