BooksActually founder Kenny Leck: Alfian Sa'at was like a "sibling" Writer Alfian Sa'at played down his relationship with BooksActually founder Kenny Leck who is currently embroiled in a saga where he is accused of pursuing romantic relationships with several young female employees.

In a Facebook post published last Saturday (Sep 25), Alfian - whose works were previously published by Kenny's Math Paper Press - claimed that he is "not close" to Kenny Leck and he "never had a meal/drink/conversation with him where we talk about our lives."

Kenny Leck to Alfian Sa'at: "You are family"

Interestingly, Kenny Leck said in his Facebook page on June 28th this year that Alfian was "family" and a "sibling" as seen in the following screenshot by "Gong Simi Singapore": 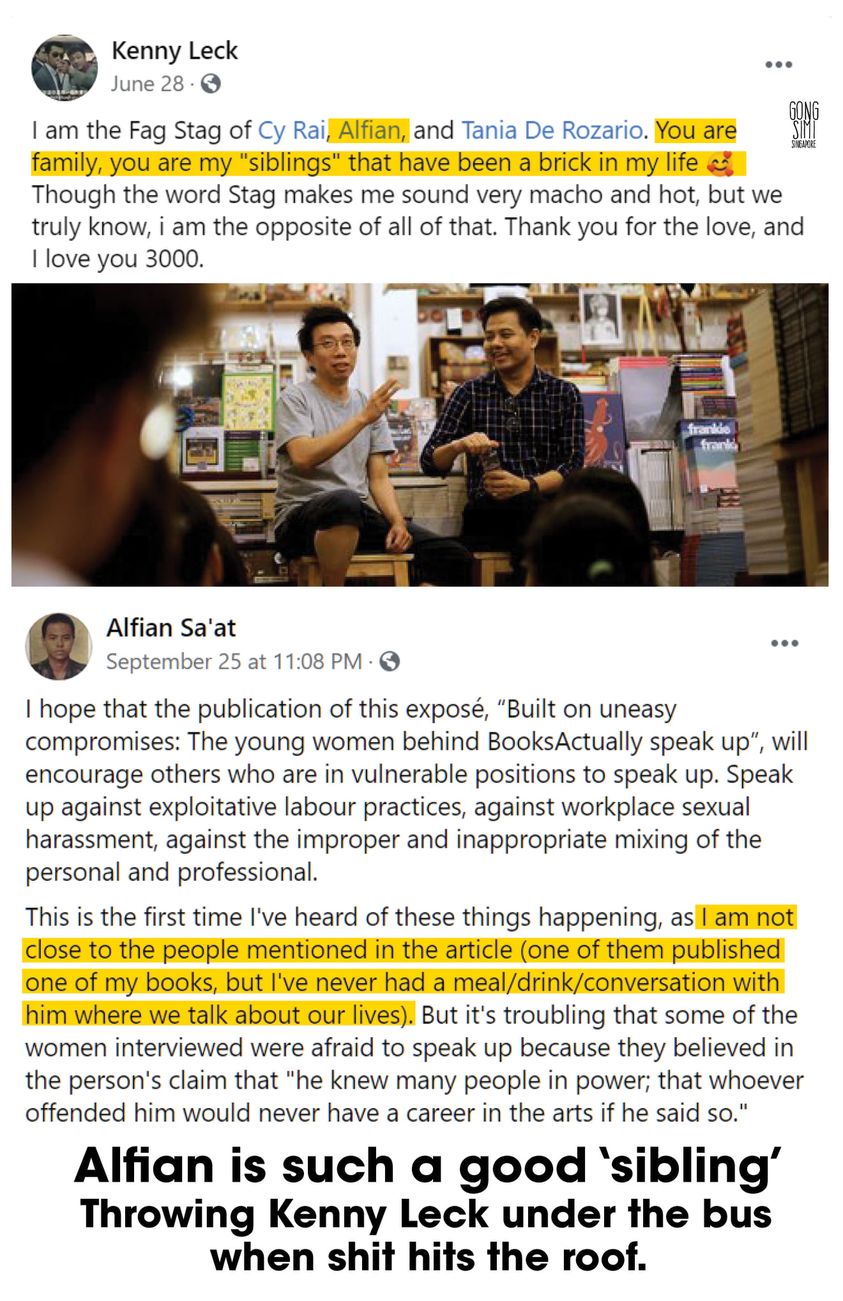 Kenny's post suggests that contrary to what Alfian claimed, both of them were pretty close.

Responding to Alfian's post, Reddit users questioned if Alfian and other writers in the community knew about Kenny's transgressions.

A Reddit user said: "It is shocking to know from other comments that his (Kenny) alleged grooming is an open secret in the scene. And nobody called him out for it. The irony is not lost when many in the scene have no qualms speaking out against the government on s 377A and other social issues but maintained radio silence when someone in their circle is an alleged predator himself."

He added, "I am not against social justice warriors but I am against hypocrisy. If this was already well known why didn't someone bring it to attention since transparency is one of the things they champion?".