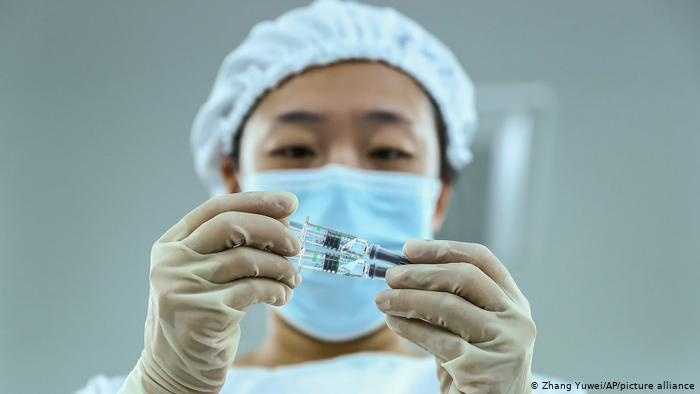 In a move aimed at having more people here to be vaccinated, the Ministry of Health (MOH) will allow access to other Covid-19 vaccines under the Pandemic Special Access Route (PSAR) - a process that provides time-limited approval for the use of unregistered vaccines under special circumstances.

These vaccines include the ones from Johnson & Johnson, Oxford-AstraZeneca, and Chinese-made vaccines Sinovac and Sinopharm.

Both Sinovac and Sinopharm use inactivated coronaviruses (weakened or dead viruses that are no longer infectious) to trigger an immune response in the body - a traditional approach to vaccine development. They have been shown in studies to be less effective than the vaccines developed by the pharmaceutical companies Pfizer and Moderna.

Pfizer and Moderna use a newer technology called Messenger RNA (mRNA). This modern approach teaches our immune system to cultivate a form of protein that can produce antibodies - which is what protects us against coronavirus.

The two vaccines currently used in Singapore's national vaccination programme - Pfizer-BioNTech and Moderna - are based on mRNA technology. Both were recommended by the expert committee and authorised by the Health Science Authority (HSA) under the PSAR.

The World Health Organization (WHO) granted emergency approval for the Sinopharm and Sinovac vaccine. This decision came despite WHO experts saying earlier that more data was needed.

The spread of the virus has raised fresh questions about the effectiveness of China’s vaccines, particularly against variants.

While many countries, including the US, Israel and many in Europe, have been able to cut back on strict anti-coronavirus measures due to successful vaccination campaigns using Pfizer and Moderna jabs, other countries, including Bahrain and the United Arab Emirates, that have depended on China’s Sinopharm vaccine are suffering from a sharp rise in new infections.

Seychelles - the world's most vaccinated country - last month and now Mongolia in the past three weeks have both had large numbers of infections despite high vaccination rates. Both have used the Sinopharm vaccine from China, although Seychelles also relied partly on AstraZeneca vaccines.

Chile and Uruguay also saw Covid surge despite a high vaccination success. More than 93% of the doses administered in Chile so far have been Sinovac.

Confidence in the Chinese vaccine has fallen to the lowest level in Bahrain and the UAE. Bahrainis have taken to calling it “Marqdoush,” a traditional drink that was previously believed to cure several diseases but was later found to be ineffective. In the UAE, it is mockingly said of some who received the Sinopharm vaccine that they took a dose of “water and salt.”

Data on the efficacy of both Sinopharm and Sinovac vaccines are varied.

Brazilian trials suggested an efficacy rate of around 50.4% for Sinovac but results from late-stage trials in Indonesia and Turkey suggested a much higher rate - between 65% and 83%.

The peer-reviewed study from Sinopharm’s Phase 3 trial, published at the end of May, found the vaccine to 79% effective at preventing symptomatic disease, but noted the predominantly young, healthy and male trial participants meant it had “insufficient power to test the efficacy among those with chronic diseases, women, (and) older adults,” a concern the WHO echoed for older people.

The study’s authors also noted that no conclusions could be drawn from the trial about the prevention of both severe and asymptomatic disease.

Unpublished data out of Serbia suggested that some people given the Sinopharm vaccine may not produce antibodies to fight off the pandemic coronavirus three months after vaccination, according to reporting by the Wall Street Journal.

“The Sinopharm vaccine is not immunogenic enough, and it appears that its impact is especially low on elderly recipients,” said Olgica Djurkovic-Djakovic, of the University of Belgrade, who led the unpublished study and shared the findings with the Journal.

In April, the head of China’s Centers for Disease Control and Prevention, George Gao, seemed to acknowledge this potential problem. “The efficacy of the existing vaccines is not high,” he said at a conference, discussing the country’s vaccines. Last month, Beijing reportedly began planning to offer third doses of the country’s vaccines to try to boost protection.

Sinopharm rarely addresses public concerns over efficacy. Chinese officials contend the line of questioning to be an example of anti-China bias and selective reporting ignoring deficiencies in other vaccines. Chinese Foreign Ministry spokesperson Hua Chunying said a Wall Street Journal article on the Seychelles “exposes their unhealthy mind-set of denigrating China at every turn.”

Both the Pfizer-BioNTech and Moderna vaccines have shown to be highly efficacious, especially in protecting against severe COVID-19 disease and hospitalisation, said Singapore's expert committee and HSA.

It said the high efficacy of the vaccines was demonstrated in Phase 3 clinical trials, and further supported with data from real-world rollouts of the vaccines, including in the United States, the UK and Israel.

"In sum, the PSAR-authorised mRNA vaccines have reliable scientific evidence that they are safe and effective, and the (committee) continues to strongly recommend that medically eligible persons should be vaccinated with them," it said.

According to an interview with The New Paper last week (Jun 2), housewife Madam Doris Teo, 72, is relieved and eager for a shot at an alternative vaccine like Sinopharm or Sinovac.

Madam Teo could not receive either the Pfizer-BioNTech or Moderna vaccines due to her history of anaphylaxis - an allergic reaction. She said: "I will get the alternative vaccine because I would rather be vaccinated than not at all."

Unfortunately for Madam Teo, both Sinopharm and the Sinovac vaccine are not recommended for those with a history of anaphylaxis, at least according to WHO.

For Madam Teo and more than 30,000 individuals like her here, getting an alternative vaccine other than the authorised ones may give them a false sense of security and may risk further problems down the road such as having to get multiple booster shots.

UAE and Bahrain which has been administering Sinopharm booster shots since March, has reportedly undertaken a clandestine effort to revaccinate fully vaccinated people with Pfizer’s shot. The Wall Street Journal cites “dozens of recipients” as telling them they have been vaccinated again, some of whom reported developing no antibodies after their Sinopharm immunisation.

Despite overwhelming data on the efficacy of Sinopharm and Sinovac vaccines in countries such as Seychelles, UAE and Bahrain, Singapore is still paving the way for the availability of Chinese-made vaccines here to encourage more vaccination.

Allowing Sinovac and Sinopharm shots in Singapore without rigid testing is a step back against COVID efforts.