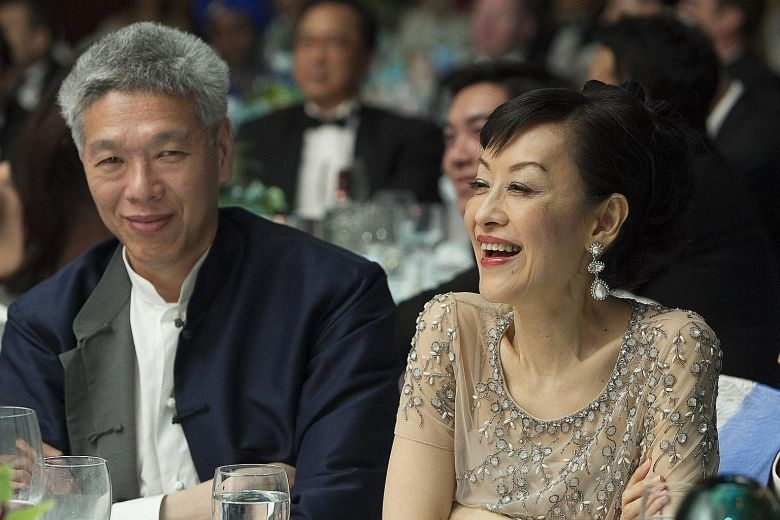 LSF has since responded in a statement made to South China Morning Post via Whatsapp today (Feb 23):

"I disagree with the disciplinary tribunal's report and will fight this strongly when it is heard in open court." LSF also urged the public to obtain records fo the closed-door proceeding and "come to their own independent conclusions".

Background on the case

LSF was accused of possible professional misconduct by the Attorney-General's Chambers (AGC) in January 2019 over the preparation of the last will of LKY. LSF placed herself in a position of conflict - which was against legal rules - as her husband LHY was one of the beneficiaries. LHY shares increased under the last will.

Both LSF and LHY said on oath that LKY's personal lawyer Kwa Kim Li (KKL) had drafted the last will. The allegations were repeated by LKY's daughter Lee Wei Ling (LWL) in a Facebook post shared in April last year, which was also re-shared by LHY:

The Facebook posts also gave the impression that LSF had no role in preparing the last will.

LSF herself posited that she was merely helping LHY with "his...chore for his father" and that her position was "just a conduit" between her husband LHY who she claims was handling the will and her colleague, Bernard Lui who had attended to the last will and signed as a witness to the same.

LHY who was cross-examined by the tribunal as a witness, confessed that aspects of the Facebook posts could be misleading and inaccurate and that he lied to the public by dishonestly accusing KKL of lying despite knowing that KKL had in fact told the truth that she did not draft the last will.

LSF on the other hand discounted her role as the lawyer who drafted the final will during cross-examination but was pointed out by the tribunal that she was the only lawyer responsible for the last will after having acquiesced in cutting out KKL from the drafting of the final will.

It was also pointed out by the tribunal that LSF herself told the AGC in December 2018 that LKY had given her instructions to have his last will engrossed, or finalised - instructions that saw her as the main key figure in the process.

At the same time, the tribunal said, it seemed that LKY himself had taken LSF as his lawyer for this last will, instead of KKL. This is supported by LKY's instructions to his personal assistant to only send KKL a copy of the will - an action that differed from his usual practice, as he had asked KKL to keep the originals for the six previous versions of his wills that she had drafted.

LSF's colleague and LKY's private secretary, lawyer Bernard Lui had produced documents supporting his affidavit in July last year. The documents were classified as evidence but it was not disclosed by LSF in her filed affidavit submissions to the tribunal.

In fact, LSF had falsely stated she had disclosed all relevant documents when she had knowingly and deliberately withheld Lui's documents.

Lui's documents contained email exchanges between Lui's colleague, lawyer Elizabeth Kong and LSF. LSF had asked what transpired during the 15 minutes when they were at LKY's house (38 Oxley Road) on 17 December 2013 to sign the final will.

The exchange recounted LKY's queries on who drafted the last will. Twice during the session, LKY had asked the two lawyers - Lui & Elizabeth - to tell him who had drafted the will. The first reply from Lui was that it was LSF. When asked again, Lui said it was LSF and KKL.

On hearing that, he signed the final will.

Walter Woon pointed out that if LSF and LHY had meant to cut KKL out, “there was no reason to send her a copy of the draft Will before execution nor to tell her after the event that it had been done."

Woon also asserted, “The Tribunal is being invited to make a finding that Mr Lee did not understand his own Will despite reading and re-reading it not just once but several times.”

“The alternative which the Law Society is putting forward is that Mr Lee Kuan Yew, a very brilliant lawyer and world statesman, did not understand his own will despite reading it several times.”

The tribunal however noted that LKY's health during that period was frail.

In an e-mail to Prime Minister Lee Hsien Loong's wife Ho Ching on Dec 16, 2013, LWL told her sister-in-law that her father had "been doing very well" because he had not been admitted to hospital for more than a month.

She added that she thought "age has caught up with his brain".

At 90 years old in December 2013, LKY had been in hospital for several weeks, with a string of ailments, from pneumonia to minor strokes.

It was under those circumstances that his last will was signed in a hurry, unlike the deliberate process he had used for previous wills.

"Mr Lee, who was very frail and in poor health, was misled by the very people whom he trusted: his son, Mr Lee Hsien Yang, and daughter-in-law, the respondent," the tribunal said.

Elizabeth Kong, one of the two lawyers that had taken notes of the meeting with LKY wrote: “LKY appeared frail and his speech was slurred, but his mind was certainly lucid when he asked us who drafted the will and specifically instructed us to date the will today."

The tribunal concluded that Mrs Lee "managed every aspect of the process", with her husband actively involved, and the circumstances in which they did so raised "serious questions" about their motives.