Russians in Singapore divided over Russia's invasion of Ukraine Alexander Kuznetsov, an international school owner who has been living in Singapore for 10 years, said that while invading other countries is against international law, this is a "difficult decision".

Speaking to CNA, the 50-year-old said that there are other factors that need to also be considered. For instance, he said that there were thousands of people who were killed by Ukrainians in the mining basin Donbas and Luhansk, which are on the border with Russia.

The regions have been locked in armed conflict with Kyiv’s army since a Kremlin-backed armed uprising following Russia’s annexation of Crimea in 2014.

"The international community almost didn't do anything to stop it," he said, adding that Russians with relatives in the regions would have put pressure on the Government to stop the killing.

Putin's public approval is soaring during the Russia-Ukraine crisis

Public opinion polls in Russia showed that support for Putin is rising.

Russia’s military buildup along the Ukrainian border over the last few months coincides with a steady rise in Russian President Vladimir Putin’s popularity.

The Russian public largely believes that the Kremlin is defending Russia by standing up to the West. 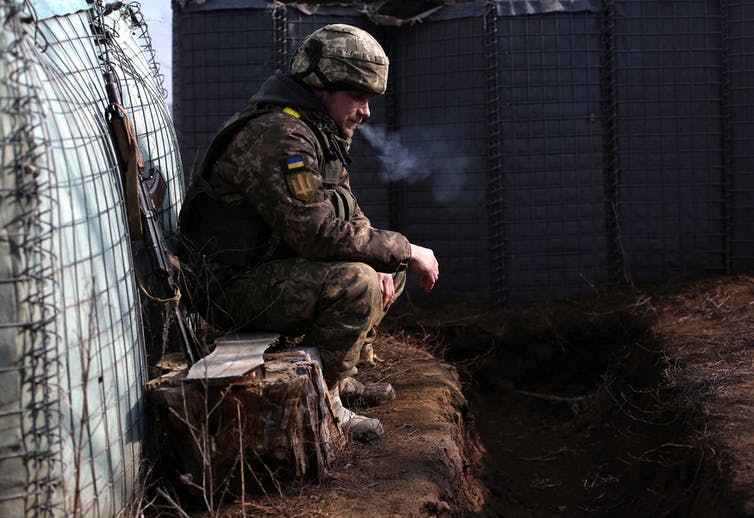 Pictured: A Ukrainian soldier smokes a cigarette near the front line with Russia-backed separatists in Lugansk, Ukraine, on Feb. 22, 2022. Anatolii Stepanov/AFP via Getty Images


The rally ‘round the flag effect of supporting political leadership during an international crisis will likely be short-lived.

Historical data shows that diversionary wars — fighting abroad to draw attention away from problems at home — have rarely worked for Putin.

Daring and expensive military adventures will, over time, decrease the Kremlin’s popularity, history also tells us.

Political analyst Abbas Gallyamov, who was also the former speechwriter for Putin says that while the majority of Russians will support the decision, the impact of such propaganda on the domestic audience is limited, compared to 2014, when the Kremlin managed to rally Russians around the idea of annexing Crimea.

Not every Russian is on board with Putin

One Russian who has been living in Singapore with her husband and three children for 14 years, and who wants to be known only as Ms Alexandra, said her family in Singapore is "sad and disappointed".

"Now, everyone in the world will think that Russians are crazy. We feel ashamed," said the 44-year-old business owner.

"War for me is history, it is black and white cinema, it is history textbooks, archives, it is the past, I believed that it will never exist again and never will," she said. She added that she has been following the news closely and feeling down.

Mass rallies challenging the Kremlin rocked Russia's Far East city of Khabarovsk on Saturday (Feb 26), as tens of thousands took to the streets to protest the arrest of the region’s governor on charges of involvement in multiple murders. 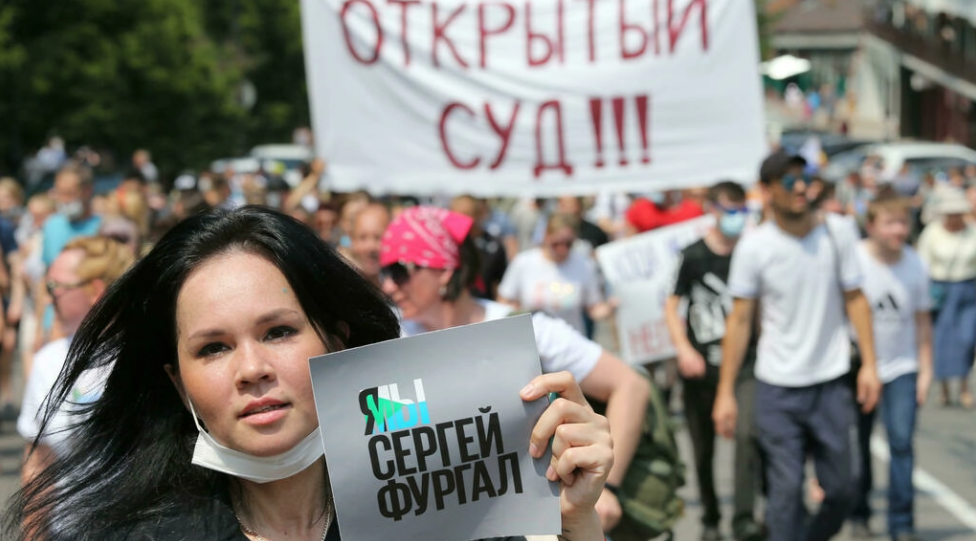 Local media estimated the rally in the city 3,800 miles east of Moscow drew 15,000 to 50,000 people, while city authorities put the number at 10,000. Hundreds of people have rallied in the city every day this week against the arrest of Sergei Furgal, reflecting widespread anger over the arrest of the popular governor and a simmering discontent with the Kremlin’s policies.